How to retrofit CarPlay in MINI Cooper

For many of you MINI Cooper owners, the quality of the infotainment system was one of the focal points of interest when getting your car. This has not been overlooked by MINI manufacturers, who strived to design an in-car system that would meet your needs. Then again, after teaming up with Apple in 2017, owners of 2017+ MINIs got an even more compelling alternative to the native solutions in the form of MINI Cooper Apple CarPlay.

But what about drivers of older generation cars? Don’t they get to use an in-car multimedia hub with a host of popular iOS apps? Rather the contrary. BimmerTech made sure that owners of pre-2017 MINIs would be able to retrofit CarPlay and Android Auto solutions without the need to alter their iDrive systems, or exchange their senior MINI for a later version. With CarPlay & Android Auto MMI Prime it’s possible to turn your 2011+ MINI Cooper into the ultimate infotainment machine. 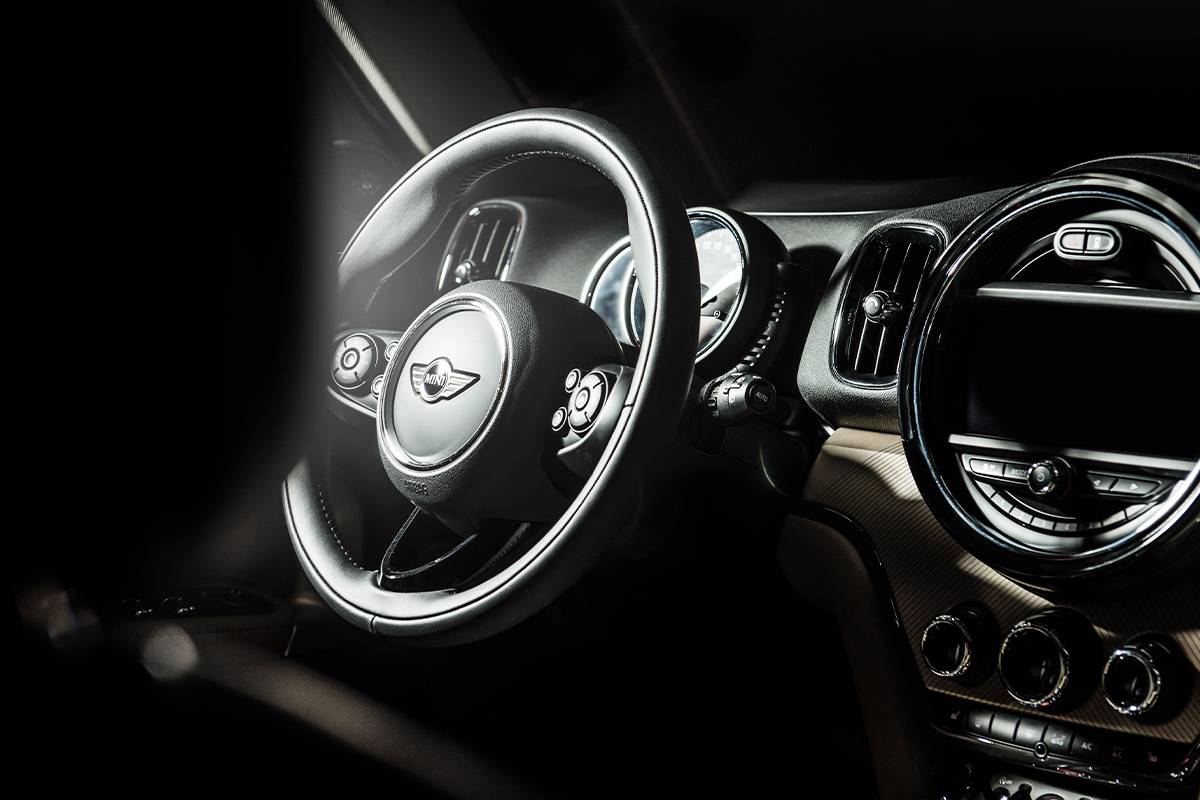 What is Apple CarPlay in MINI?

Although it wasn’t until 2014 that Apple introduced CarPlay to the automotive realm, the technology itself was based on the pre-existing "iPod Out" functionality, co-developed by Apple and BMW several years earlier. In a BMW, iPod Out allowed connecting an iPod to the iDrive system to listen to music via the car's stereo system. Meanwhile, the current track or playlist could be shown on the iDrive screen, and controlled with the vehicle's native multimedia controls.

As the years went on and iPods got replaced by far more capable iPhones, Apple rebuilt its iPod Out technology, expanding it with considerably more features. The new system, called CarPlay, became a bridge between the smartphone and the iDrive system that was made to leverage much more than solely music playback. It could run a variety of apps, including music, messaging and navigation, suited to use behind the wheel. Or to be clearer – it was optimized to be easily controlled via buttons, knobs, voice assistants or touchscreens (in compatible vehicles).

Having Apple CarPlay in your MINI Cooper means you’ll be able to:

Conveniently access all your content using your MINI's native iDrive controls, no matter which app you're using.

Which MINI models have Apple CarPlay?

Those of you who own pre-2017 MINI Coopers know that they can be absolutely sufficient option wise with their 6.5’’ displays, Bluetooth connectivity or SiriusXM satellite radio... except for lacking original Apple CarPlay and Android Auto infotainment features.

Thankfully the strong BMW/MINI partnership leads the British brand forward, generously sharing each new BMW technology with MINI cars. Most software/hardware components first introduced by the BMW, such as head units, screens or cameras sooner or later get included in the MINI range. And so did CarPlay for that matter.

After the Bavarian brand paved the way for MINI to include the Apple technology, MINI started to offer the original Apple CarPlay activation in July 2017 on MINI Clubman models (followed by MINI Countryman, MINI Hatch and MINI Convertible in 2018). The only trick here was in order to get the full MINI Cooper CarPlay experience, the car had to be equipped with:

All later MINI models with the aforementioned tech have Apple CarPlay activation optioned in.

How to upgrade Apple CarPlay in MINI Cooper?

Missing CarPlay in your MINI Cooper? Here are two ways you can add it to your vehicle, depending on its year of production and head unit version.

Check which option is best for you by decoding your VIN on this website. 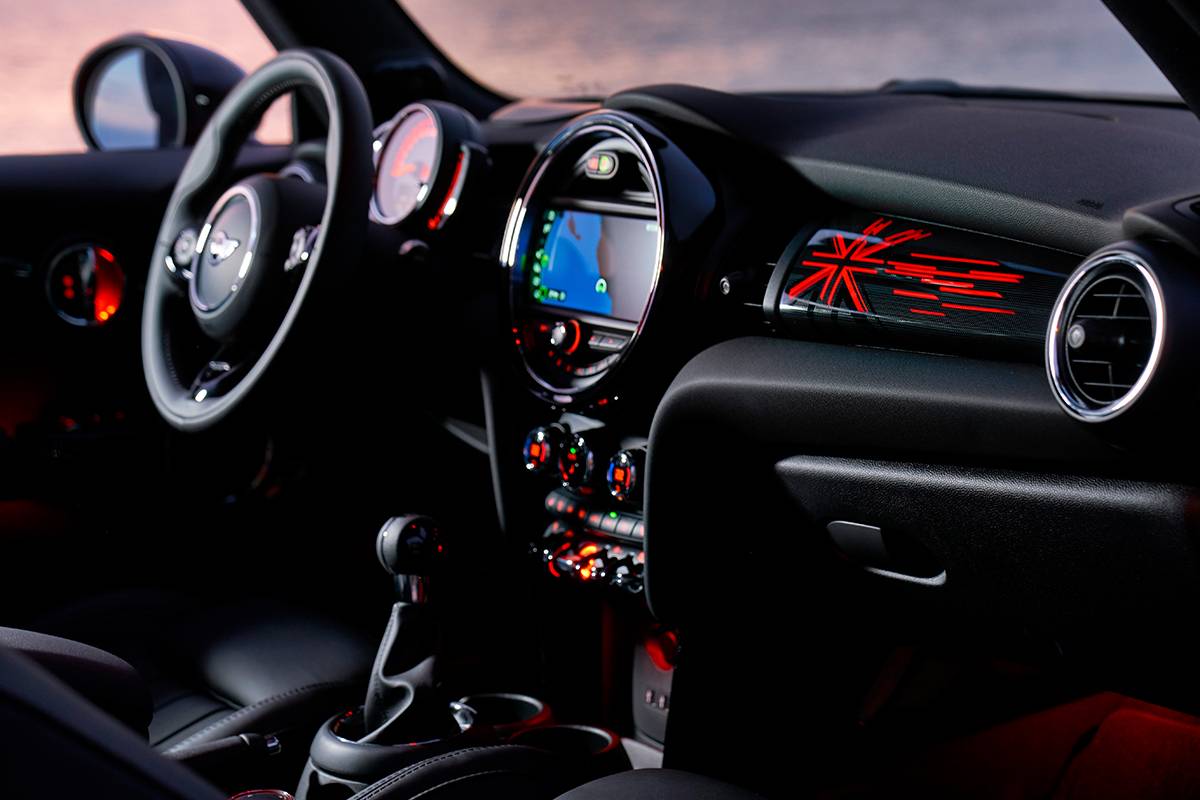 At times, adding MINI Cooper CarPlay may be as easy as activating the existing option in your iDrive. In fact, most 2017 or later MINIs with the CarPlay Preparation option (S6CPA) are capable of running the native Apple CarPlay interface, after having it activated by a MINI dealership or third party using special coding software for MINIs. If you’re not sure whether your MINI Cooper has the S6CPA option, enter your VIN here and we’ll check that for you.

BimmerTech, on the other hand, can perform the MINI Apple CarPlay setup in any country – all you gotta have is the necessary hardware preparation. Our CarPlay activation is the quickest, easiest and cheapest way to have Apple technology in your vehicle. No cables will be needed, just a USB stick and 15 minutes of your free time to spare on a swift coding procedure. In some cases, though, you may additionally need to get a WiFi antenna if your MINI doesn’t already have one, to enable a wireless connection between your iPhone and the head unit. Check here if your MINI needs one, and if so — order it with us.

Check out how the MINI CarPlay activation process might work, with the example of the BMW G12.

If your vehicle was produced before 2017 and doesn’t have original Apple CarPlay, our aftermarket CarPlay for MINI Coopers will let you enjoy even more than this iOS functionality. With the MINI Cooper CarPlay retrofit for 2011+ MINIs, you’ll not only get to have a wireless CarPlay feature, but also be able to use an Android Auto functionality and connect yours or your friends’ Android devices in a breeze! The upgrade additionally supports front and reversing cameras, which due to the present MMI module, are available for a much lower price.

The MINI Cooper CarPlay retrofit is compatible with CHAMP2, NBT and NBT Evo iDrive systems. But hey, don’t worry if you’re not sure which one’s which. Enter your VIN on the product website and we’ll check if your MINI is compatible for you.

Like to take things into your own hands? MINI Cooper CarPlay install will be your test as an avid DIYer. If your MINI comes with an NBT type head unit, your job will be a straightforward plug & play. Just disassemble the upper and lower trim and the faceplate on your dash, pull the head unit out, connect it to the MMI module using the supplied harness, plug in the new cable from the MMI to the screen and that’s it, job done.

On the other hand, adding MINI Cooper CarPlay retrofit to CIC type head units might be a bit more complicated and a longer process requiring expert DIY knowledge. If you feel like you'd rather pass that responsibility on to somebody that’s more experienced, you can get in touch with one of our installers.

How to use CarPlay in MINI Cooper?

First of all, do the pairing! After you pair your MINI with your iPhone, the native MINI iDrive menu will be replaced with CarPlay’s interface, conveniently displaying available apps as iOS-like icons all over the screen. Navigating the menu won’t give you a hard time either, as it won’t be any different from using your native MINI system. This means you’ll be able to use the MINI Connected controller to switch between options, Siri to get directions, dictate messages, ask for music, etc.  – or, if fitted with a touchscreen, tap on apps you want to use.

How to pair wireless CarPlay with your phone?

CarPlay apps may be displayed on your MINI’s built-in screen, but don’t forget that CarPlay is not a standalone system. In order to run your apps, you need to keep your iPhone connected to the car at all times.

On many systems it brings the need for a wired connection, with the iOS device being plugged into one of the car's USB ports throughout use. Fortunately, CarPlay MMI Prime retrofit for MINI supports wireless connections, which you can enable by activating Bluetooth on your iPhone and going through a simple set up process.

Here’s how to pair CarPlay wirelessly with your phone:

In your phone’s settings.

In your MMI settings.

And now it’s time for the tests!

Before you get excited about using a YouTube app on your MINI screen, keep in mind that not all of your iPhones apps will be available on CarPlay. This technology was built to support only these apps drivers are likely to use behind the wheel – that is navigation, messaging and audio, including music, radio and podcasts. Among the apps you can find Apple Maps, iMessage and Apple Music, as well as third-party offerings, like Google Maps, Audible and Overcast. Apart from these categories, Apple has also allowed manufacturers to include their own, vehicle-specific app.

What developers gotta do though to add the app to CarPlay is provide an alternative interface better suited for in-car use. Many major apps such as Waze, Spotify and WhatsApp have in fact done that, but if you’d like to use a little more niche app, you might not be able to access it via CarPlay. It may even turn out that even though your app is available, its functionality might be limited. That’s exactly what happened with Facebook’s Messenger, launched with support for receiving voice calls through CarPlay, but no allowance to make calls or messages. If you’re unsure whether your preferred app is supported, it's best to get in touch with the developer for clarification.

As of January 2022,  MINI CarPlay apps include: 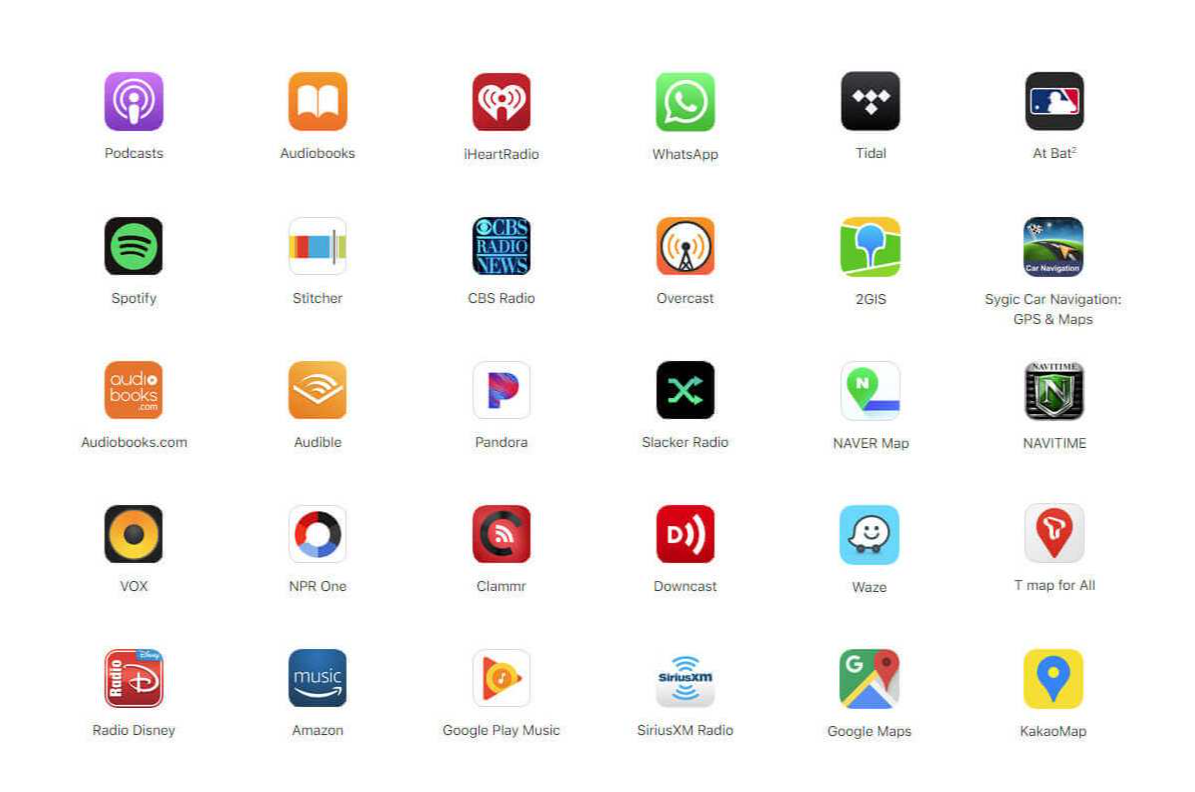 Extra options always mean additional bucks, but CarPlay is a different story. During its launch in 2017, CarPlay went for $300 in the US keeping up with other infotainment features. However, after adjusting the payment model based on a consumer-first approach, MINI manufacturers decided to make CarPlay available as a subscription service, including it free for four years and charging $80/year after the end of that period.

That wasn't their last word though, as after receiving a multitude of complaints, MINI then decided to give complimentary lifetime CarPlay for all 2017+ vehicles.

… is not there by default. What you may find slightly inconvenient in MINI’s native CarPlay setup is its original split-screen interface only fits up to eight apps per screen. For those MINI owners who’d like to open up that space a little bit and give nav maps or music playlist more room to shine, there is a full-screen mode letting you use as many as 10 apps per page. How to activate it? With BimmerTech’s full-screen Apple CarPlay coding you’ll do it in 15 minutes.

Opting in for a MINI CarPlay retrofit you’ll get a full-screen interface right from the start.

The original Android Auto is included as an option only in MGU head units, and since MINI Cooper is yet to be equipped with iDrive 7.0, for now you won’t find this feature on any car from the MINI range. Luckily, thanks to the MINI Cooper Android Auto retrofit for 2011+ vehicles, dedicated Android users don’t have to wait for the upcoming manufacturing decisions or save up for a new iPhone. Getting your hands on the Android Auto retrofit means you’ll get to enjoy your favourite phone apps like Google Maps, Waze, Spotify, WhatsApp or Messenger, and control them all with Google Assistant voice commands. No better way to stay focused on the road!

No matter the age, your MINI bundle of joy deserves that last eye catching touch making the insides and your driving experience pop. And what’s a better way to do it than with Apple CarPlay? For the latest MINIs it entails a quick USB activation, for others with additional hardware. If you still wonder which option is best for your vehicle, enter your VIN at the top of the page or contact us.