NBT Evo ID5/ID6 is a BMW iDrive system version, sometimes referred to as iDrive 5.0/6.0. It was first announced at the end of 2015, and some 2016 models came to the market already equipped with it. NBT Evo ID5/ID6 was developed as a successor to NBT and NBT Evo ID4, and has a completely different hardware as well as a new user interface. If your BMW originally wasn’t equipped with it, it doesn’t mean you can’t have it :) BimmerTech’s NBT Evo ID5/ID6 retrofit is available for BMW 1-, 2-, 3-, 5-, 6-, 7- and X-Series of Fx and Gx generations. 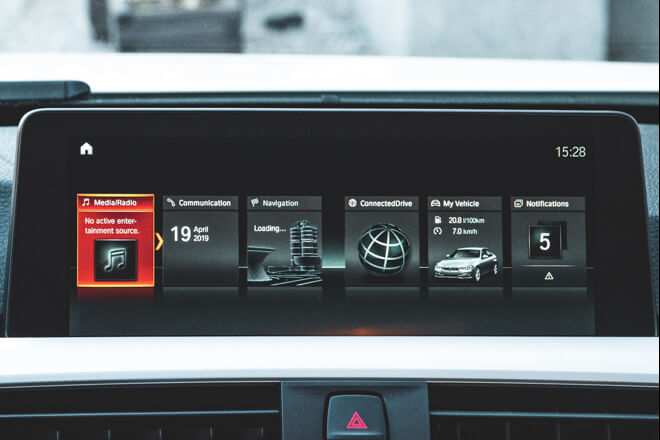 Which BMW Parts Are Usually Replaced?

BimmerTech NBT Evo ID5/ID6 kit includes genuine BMW parts, assembled for each vehicle individually. What exactly you need to swap out to get a newer system version depends greatly on your car’s specs. A rough list for a regular iDrive upgrade would look like this:

But older BMWs might also require new trim parts and additional modules. On the other hand, newer bimmer cars may already have a screen or iDrive touch controller that fits NBT Evo ID5/ID6 perfectly, and the replacement of those parts is not needed (which will significantly lower the overall cost). That’s why it’s always better to contact us first to get the exact list and quote before making an order.

How to Check BMW iDrive Version

In order to make a rough estimate for yourself whether the upgrade will be more or less complicated, find out what current head unit you have. The newer it is, the easier the process will be.

To know which iDrive system your BMW is equipped with, go to a free vincheck decoder and type in your VIN. If you have S609A, it means you have Navigation System Professional. You can find out more about it in our blog post on CIC, NBT and NBT Evo head units.

In case your vehicle is equipped with S6UNA, S6UPA or S606A, you have a lighter version of navigation. Read about it in our article on basic BMW navigation iDrives.

The biggest change you will notice right away is the new user interface. It has a completely different logic to the menu structure and has 2 versions: ID5 and ID6. These are both the same underlying iDrive system. The only difference is in the layout - ID6 has bigger tiles and from the start menu you can see only three of them, while ID5 has all the main menu options on one screen. All the features and functionalities are exactly the same, it’s just a matter of look and feel which can be changed with a simple USB coding.

NBT Evo ID5/ID6 is generally much faster and more responsive than previous iDrive generations. It is equipped with a 400GB hard drive and 4GB of RAM. It also supports a higher resolution screen with touch sensitive functionality in some BMW vehicles - below you can see the display sizes that come in kits for different models. 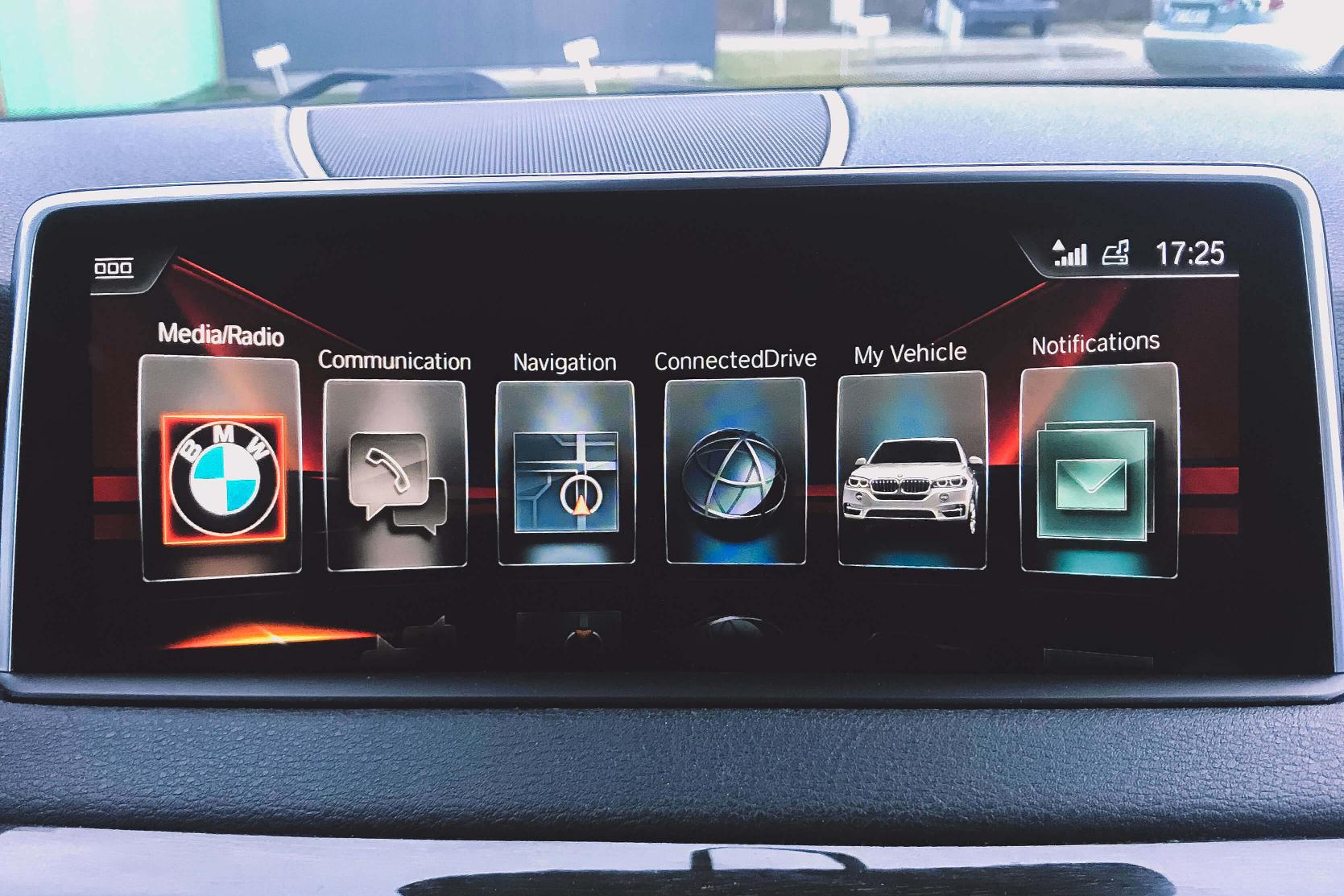 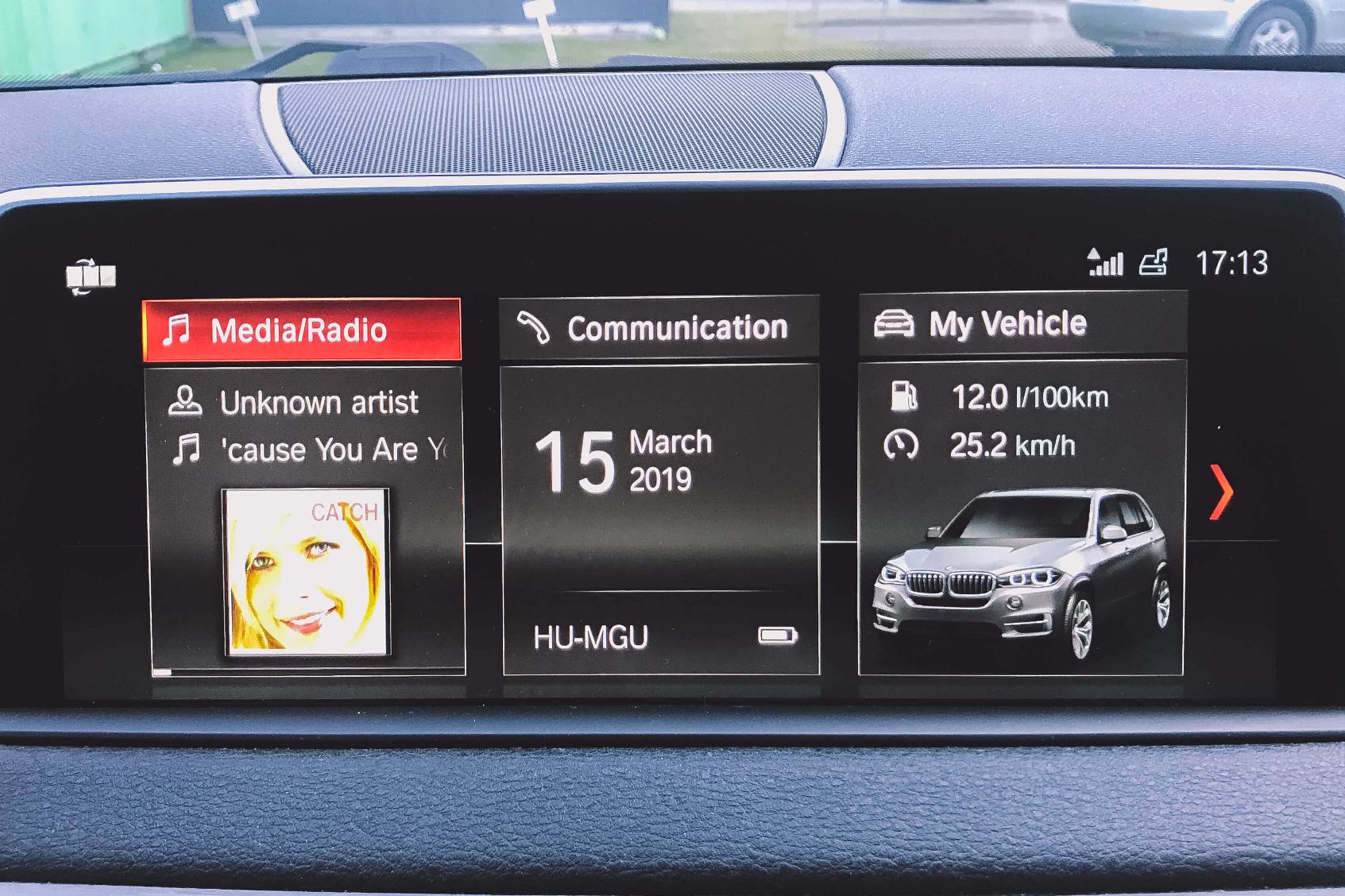 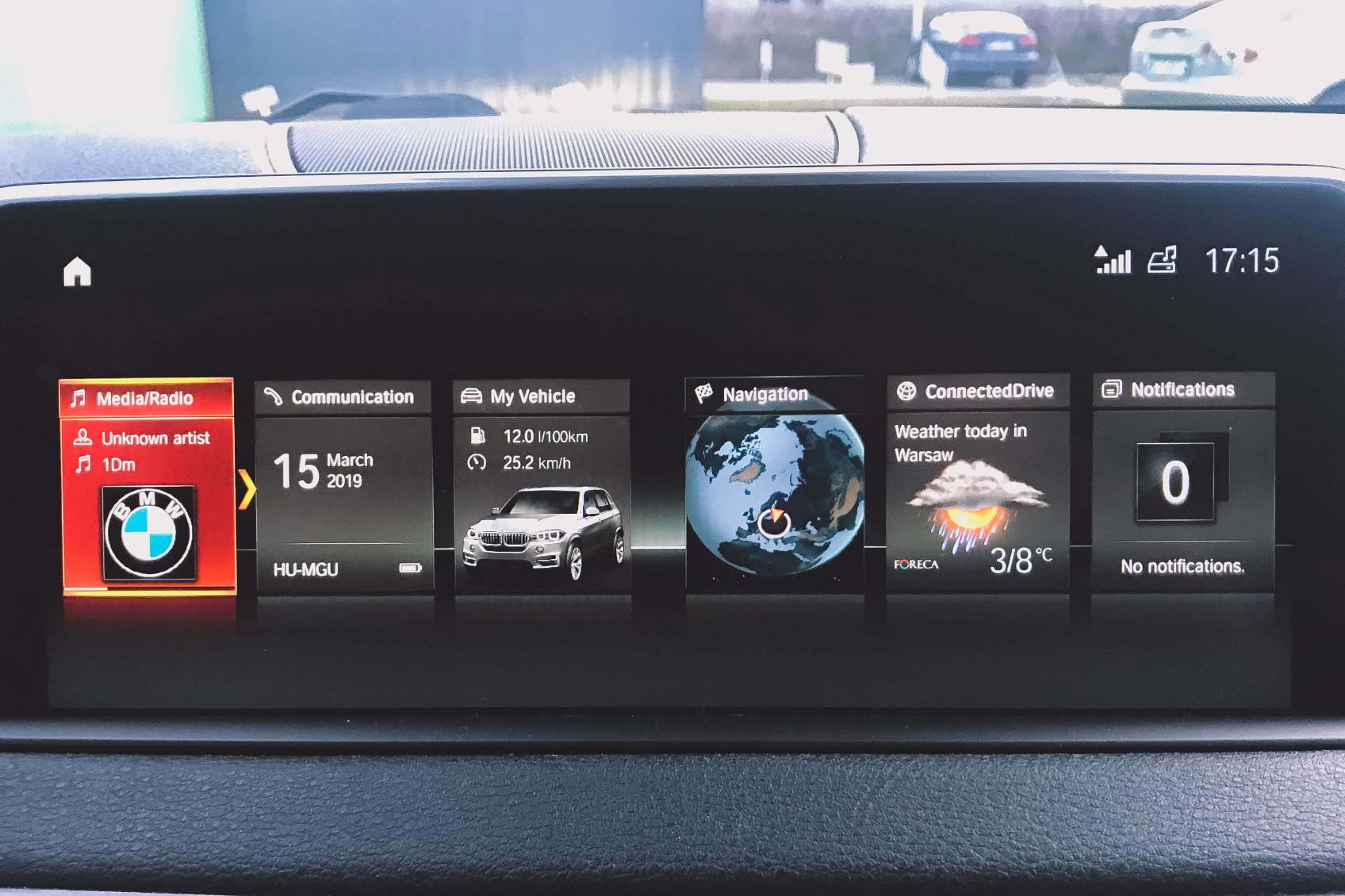 Each tile has a preview which makes it easier to quickly find the necessary section. You can customize the order of the tiles as well as the preview.

If you press twice on the Menu button on the iDrive controller, you will see a bar at the bottom with the services you’ve recently used, making menu navigation much faster. 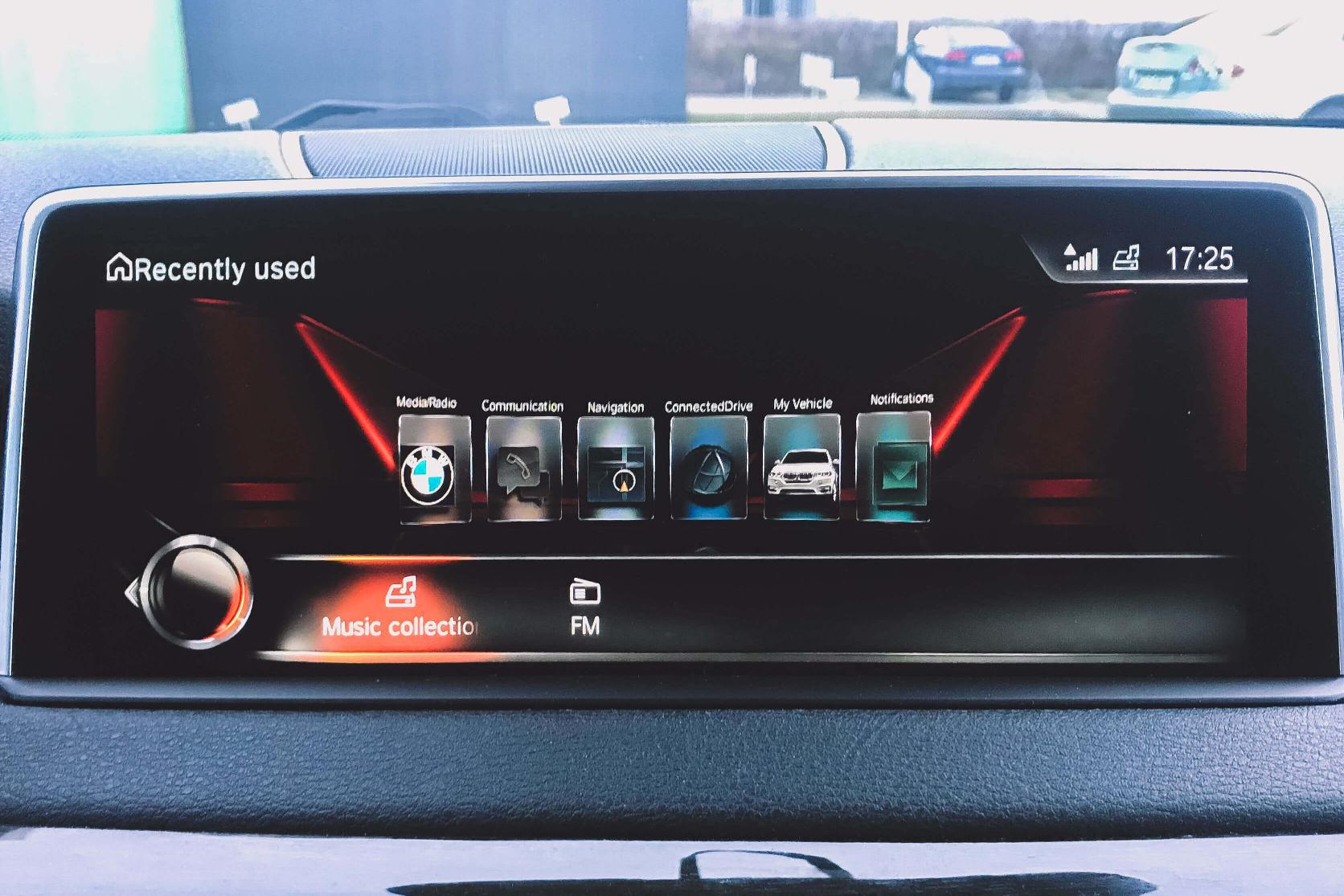 If you press the Mode button on the wheel or on the central console panel, you will get a popup with all available sources for playing audio. For instance, if the maps are currently on the screen, the popup will appear over the maps and you’ll be able to switch between radio or CD without leaving the navigation mode. 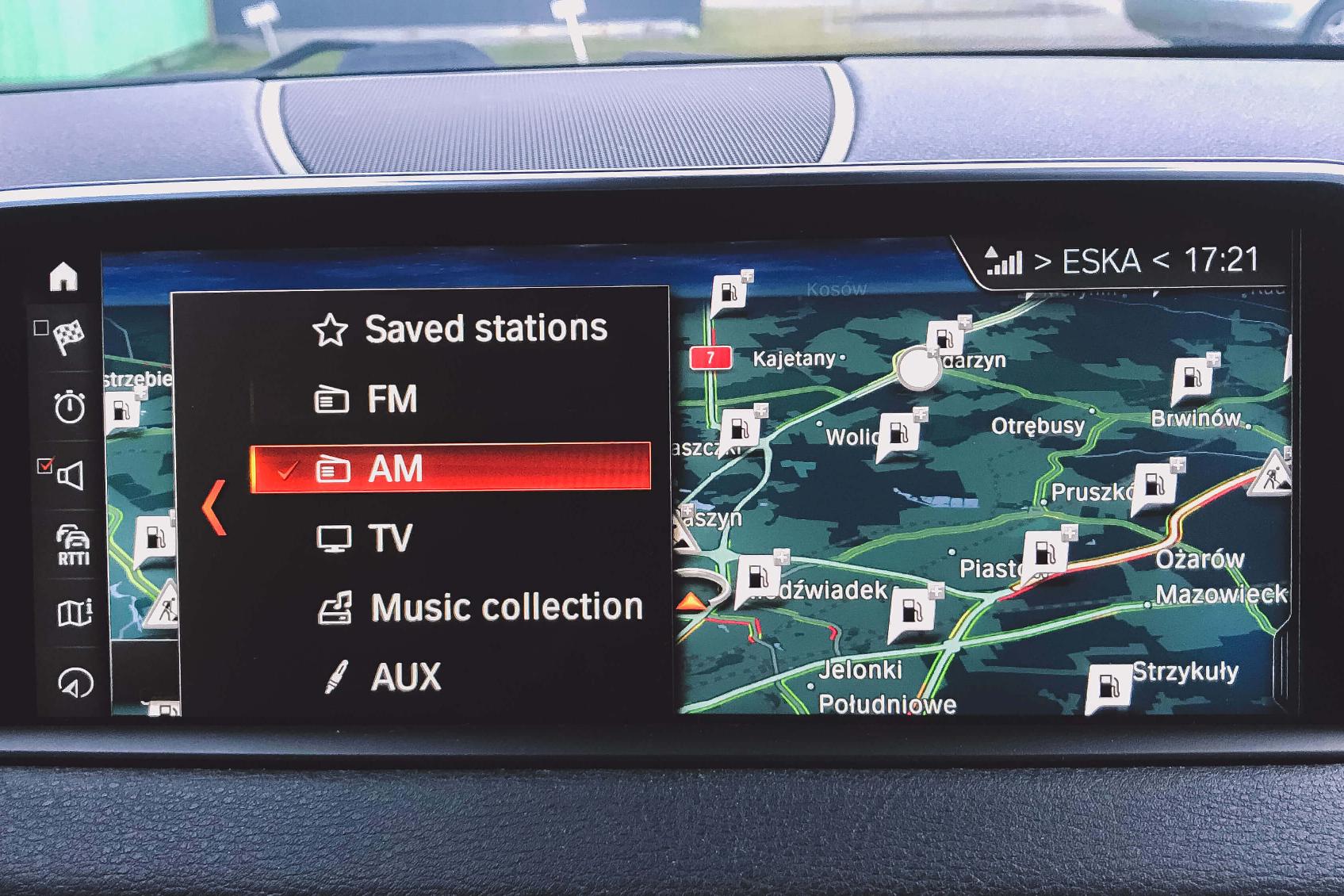 BMW is always working on improving its maps — not only through yearly updates of navigation information, but also polishing their look and usability. NBT Evo ID5/ID6 provides improved 3D maps and navigation is much more responsive due to the faster processor.

On the new iDrive Touch Controller you have two dedicated buttons: Nav, which leads you to the destination input, and Map, which launches the maps.

In separate vehicles with an NBT Evo touch-sensitive display, you can also use touchscreen to move the maps, zoom in & out, etc.

The biggest improvement over the older iDrive systems is mobile phone integration, which has become much easier with original CarPlay & Android Screen Mirroring.

OEM Apple CarPlay is available exclusively in NBT Evo ID5/ID6 with the software updated in June, 2016 or later. For older cars, there is an aftermarket solution - CarPlay MMI Prime retrofit. To check which CarPlay is compatible with your BMW, click here.

BMW Apple CarPlay allows using iPhone applications on the BMW native screen without actually engaging with the mobile device. It supports Google Maps, Waze, Apple Maps, iTunes Library, Spotify, etc. The full list list can be accessed here. But most importantly, you can take advantage of all those apps without taking your eyes off the road because Siri will help you do all of these things just with your voice commands.

The original feature of Android Screen Mirroring is also available only in NBT Evo ID5/ID6. It allows you to cast the screen of your Android/Windows/Blackberry smartphone on the BMW display. In addition to having all your content on a bigger screen, the audio will also come through the BMW stereo system. 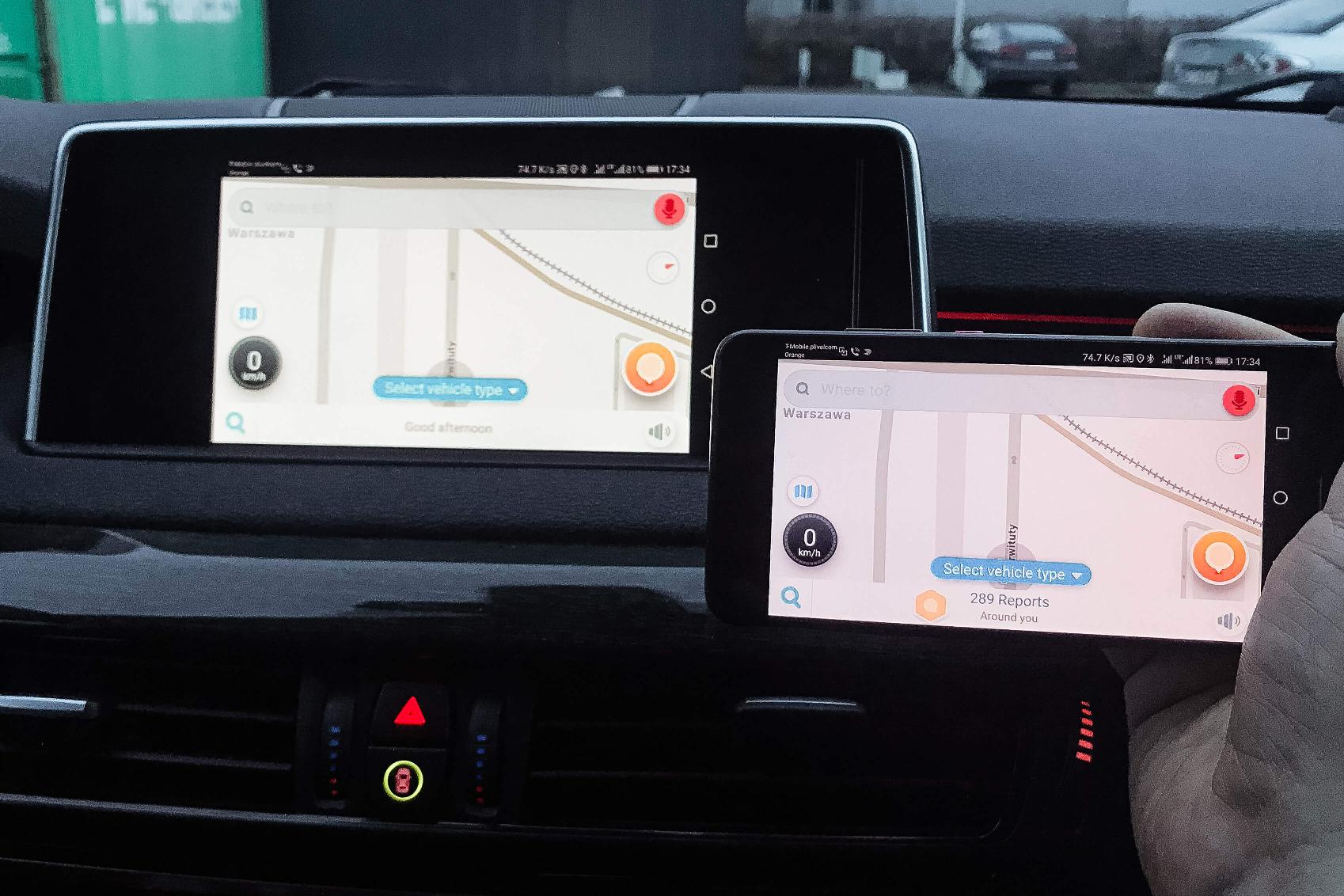 Please remember that if you decide to upgrade your BMW iDrive system with BimmerTech, you will not only get an NBT Evo ID5/ID6 kit that contains BMW OEM parts. You will also get it with all the features activated with BMW coding software: CarPlay, Android Screen Mirroring, the latest maps for your region, BMW apps, Video & Services in Motion, etc.

BMWs with NBT Evo iDrive systems — commonly referred to as iDrive 6.0 — often already have CarPlay activated, or at least can get it activated via coding. At the most, some cars require adding a wifi antenna to get it working, but what BMW has never featured was an Android Auto system for those of you that prefer Android phones.

BMW has been neglecting Android users for the past decade and it was time for someone to step in with the appropriate retrofit. We’re proud to let you know that you can finally solve the lack of CarPlay or Android Auto in your BMW with BimmerTech’s aftermarket solution — CarPlay & Android Auto MMI Prime retrofit, which now also covers most 2016-2020 BMW with iDrive 6.

CarPlay & Android Auto MMI Prime resembles the OEM Apple CarPlay, making it easy to use many of your iPhone's apps, including Apple Maps, Google Maps, Waze, Tidal, Spotify, WhatsApp, etc. all on your car's native dashboard screen. But unlike the original, it extends its support onto Android phones and Front & Rear View Cameras.

With our CarPlay & Android Auto MMI Prime retrofit, you can use your phone apps full-screen either wirelessly or via cable, and control them using the iDrive controller or steering wheel buttons. The different versions of our MMI Prime are compatible with E-Series, F-Series and G-Series cars with newer or older iDrive generations (e.g. CIC, ENTRY, ENTRYNAV, ENAVEVO, CHAMP2, NBT, NBT EVO ID4, NBT EVO ID5/ID6, etc. ), which makes it compatible with 95% of BMWs produced since 2008.

Want to know if you’re compatible? Enter your VIN here and see if you can get this multifunctional infotainment upgrade for your vehicle.