4 Satellite Radio Stations Worth Activating SiriusXM In Your BMW For

So you've got SiriusXM in your BMW. Or maybe you haven't yet, but that's an easy fix. In many of the latest BMWs, activating SiriusXM Satellite Radio is now as simple as plugging in a USB stick thanks to our innovative coding method. Compared to adding satellite radio to a BMW at the dealership or through a remote coding session, our USB installation takes only a few moments, so you'll have your SiriusXM subscription active in your BMW in no time.

So now what? You need some tunes! Or talk, or sports, or whatever else takes your fancy; with 150 satellite radio channels added to your BMW, you'll be spoilt for choice. So here are the four SiriusXM stations we think are going to help you make the most of your satellite radio subscription. 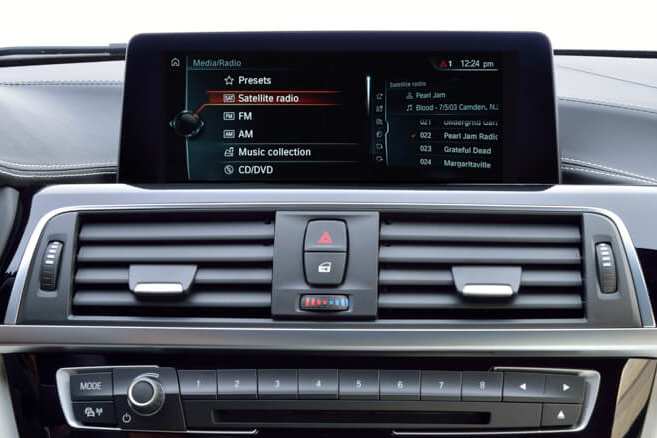 Let's get something clear before we start: a BMW — even a 7 Series — technically isn't a yacht. We understand that. But that doesn't mean it's not a bit like a yacht, or at least what a yacht might be like if it had to take to dry land. And like yachts, there are a lot of them in California.

With that settled, the unrivalled smoothness of your typical yacht-rocksman is obviously the perfect match for a cruise in a luxury car. What better soundtrack than Christopher Cross as you ride like the wind in your BMW? Or perhaps listening to a little Hall & Oates will make your dreams come true?

Luckily, SiriusXM has a whole station dedicated to nothing but yacht rock, all day, every day. So whenever you decide to take your BMW (preferably a cabriolet, for the full effect) out for a spin, you're guaranteed to have some great driving music right on call.

What if you didn't buy a BMW to cruise down the waterfront in a pair of white chinos, though? What if you're in it for the roar of the engine, the squeal of the tires and the general feeling of driving a performance vehicle?

Worry not! After activating your BMW's satellite radio, you'll be able to listen to Dave Moody calling the turns at the Brickyard 400 as you pull a left at every intersection. Close your eyes (not literally, of course; you're driving) and it's almost like going wheel-to-wheel with Jimmie Johnson himself.

If you aren't into NASCAR, SiriusXM's range of dedicated sports channels is second-to-none, including NBA, NFL, MLB, college sports and more.

SiriusXM's KIDZ BOP Radio is, if we're being honest, a living nightmare. "Pop Hits Sung By Kids For Kids". Is there anything in that description that makes you feel like your life would be improved by having that available 24 hours a day? No, the answer's no.

Drop the selfishness for a moment, though. Driving your BMW is a treat, but it's a grown-up treat. Your kids aren't going to be sharing that with you for a while (and by the time your kids are old enough to get behind the wheel, we'll probably all be floating around in autonomous hovercrafts anyway). So surely it's only fair to give them some good driving memories to look back on. Like the memory of a load of 13-year-olds on the radio singing Bruno Mars. Beautiful.

Did you know that Phil Lesh of the Grateful Dead once wore a BMW t-shirt? No? Well he did. And it might not come as much of a surprise — like Deadheads, BMW owners tend to have a semi-cultish connection to each other and to their shared obsession.

If you also happen to maintain a healthy interest in both the music of the 1960s counterculture and the automotive achievements of generations of Bavarian engineers, activating SiriusXM in your BMW will give you round-the-clock access to the Grateful Dead Channel, featuring — as you may have already guessed — huge amounts of Dead material.

Of course that isn't the only music available to you after getting SiriusXM in your BMW. You'll have your choice from dozens of dedicated music channels, all with the sound quality and great, nationwide coverage you'd expect from satellite radio.

So what are you going to listen to in your car?

Need help switching on the satellite radio in your BMW? We're here to help. Our SiriusXM Satellite Radio Activation is quick and easy, and comes in costing $299 — way less than it would from a BMW dealer.