Delivery in 2-7 days: We are shipping as usual, worldwide and for free!
Category: BMW iDrive Coding

There was a time when regular oil changes and a new set of tires once in a while was all the routine maintenance a vehicle needed. But to keep a modern, iDrive-toting BMW at its best, there's a little more to it.

Whether updating your iDrive software or doing a BMW map download to the factory navigation system, keeping your BMW's iDrive up-to-date should be a regular task, just like maintaining any other part of your vehicle.

In fact, BMW recommend updating your navigation system's maps twice a year, or annually at the very least.

To check the map version in your BMW, go to your iDrive navigation view, open the settings menu and scroll down to Navigation system version. You will see the region, map version and year of your current map. If it's more than a year old, it's time to update. 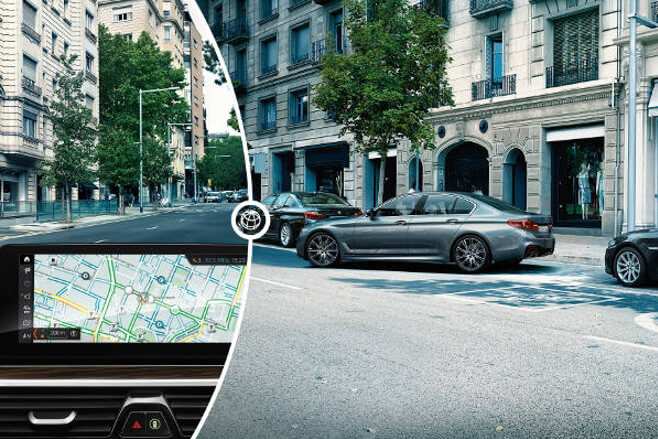 Why update your navigation maps for 2022?

The last thing you want your BMW GPS map to do is send you down a street that hasn't existed for five years, or let you spend an hour weaving through an unfamiliar town when there's a shiny new bypass that could cut your journey time in half. Thousands of miles of new roads are added as part of the BMW iDrive map update every year, so updating your maps means your navigation system is going to work a lot better.

But BMW is also working hard to improve its map data. Earlier versions of the BMW navigation system map update can include mistakes (even Google Maps has a few streets that exist in principle, but in reality are just empty fields), and each subsequent map version is going to iron out more of these issues.

What's more, a huge number of points of interest are added to the BMW road map each year, including restaurants, gas stations and attractions. If you're in an unfamiliar area and want to stop off for a bite to eat, having the latest maps on your iDrive will make it easier to use the interactive map to find out what options you have around you.

BMW usually releases up to 3 new versions per year and recommends performing a BMW map update every six months, or annually at the very least.

The frequency of new releases strongly depends on the head unit as well as the country. For example, newer iDrives like NBT Evo ID5/ID6 can get two or three updates annually, while ENTRYNAV can wait for a new BMW navigation update for up to a year. In some regions new map updates are not even released every year so even the newer navigation systems may have to wait.

You can easily check the latest update for your BMW on our website - type in your VIN on the BMW map update page and you will get a list of regions available for your iDrive with years and numbers that stand for the quarter the update was released in.

How to check your BMW map version? Go to your iDrive navigation view, open the settings menu and scroll down to Navigation system version. You will see the region, map version and year of your current map. If it's more than a year old, it's time to update.

At BimmerTech you can purchase a one-time update or go for extended coverage with 2-3 subsequent updates. In case of the latter option, you can request a new map once a year or every three/six months if it’s available from BMW itself  (in some regions BMW releases the update just once a year). Due to this flexibility, BMW map updates are NOT sent automatically. You will need to contact us with your VIN and order number, and we will take care of it.

One more reason to keep your maps up-to-date is to get the latest speed limit information, which can be displayed on your instrument cluster or HUD (if your vehicle is equipped with it). You may think that BMW maps with speed cameras are available only in newer and premium BMW models.

However, if your BMW is not equipped with special cameras but does have a navigation system, you might be able to install a Speed Limit Info Retrofit from BimmerTech. It takes an hour to fit, and also requires a remote BMW coding session done by a BimmerTech technician. The upgrade removes the need for expensive cameras as it uses the updated map info to show the maximum permissible speed on each stretch of road. As the information comes entirely from the nav data, this product is only supported in areas where BMW's maps include speed limit information. Type in your VIN on the Speed Limit Information Retrofit page to check whether your car is compatible with it.

What is the BMW interactive map?

Points of interest make it easy to navigate using the BMW interactive map. Instead of entering the exact address of your destination, the interactive map lets you point to an area and quickly find nearby points of interest. It's ideal if you don't remember quite where that restaurant is, or want to find somewhere to stop off in an area you don't know well.

With the navigation screen open, use the crosshairs icon on the menu to enter interactive mode. Then use the iDrive controller to move the on-screen target to the desired area. Pressing the iDrive controller will give you the option of seeing a list of nearby points of interest, and setting any of them as your destination. With so many new points of interest being added with each map version, updating to the latest available BMW GPS map update is going to make it more likely you'll find the places you're looking for.

How to update your BMW maps?

Older iDrive versions stored map data on a DVD that could be switched out for an update. The latest BMWs, however, store the map data on an internal hard drive, which can be updated either by performing a BMW map update download and manually saving the data to the iDrive or (in some vehicles) automatically updated over-the-air by BMW.

In vehicles that require manually updating your navigation's map data, the process is simple and no BMW coding software or programming is required. The map data is loaded to a USB stick which can be plugged in to the USB port in your BMW's glove compartment (in older vehicles with the CIC iDrive system) or arm rest (in newer vehicles). The system will automatically detect that there is a new map available to install on the iDrive. You'll be prompted to enter a BMW-issued FSC activation code with your iDrive controller to begin installation. Everything is done through the USB port, meaning you won't need to use any BMW iDrive coding software.

When the process is finished, you'll be good to go. How long does the BMW map update take to upload? Again, It depends on your head unit and the last time you did a BMW navigation update download. The older your map version is, the longer it will take.

BimmerTech offers navigation map updates for BMWs with the ENAVEVO, CIC, NBT, NBT Evo, and other head units. Available for North America, Europe, Australia / New Zealand and other regions, for vehicles running the Premium, Motion, Next, Move or other navigation versions.

How to find BMW map version?

If you aren't sure what map version you need for your car, checking is easy:

You'll always need to order a map update of the same version, so Premium maps need Premium updates, Way maps need Way updates etc. In general, you'll also want to choose the same region as before, to keep the same coverage in your country.

Note that if you would like to travel to another region and still plan your routes through the iDrive, you can just order a new map update* (for Europe, North America, Middle East, Singapore, Malaysia, South America, Australia, New Zealand). In regions like East Asia (Japan, China, Hong Kong, etc. ), however, the procedure is much more difficult and costly.

How to change BMW map regions

Let’s say you bought a BMW from another country and your maps were programmed for the region they were sold in. What can you do to make them suitable for the place you live in? We can do some reprogramming to change your map region remotely. Depending on your car's original region and the country you've brought it to, the procedures will differ, so it’s always good to check beforehand what map region your BMW currently has. You can look it up on your iDrive in ‘Navigation system version’.

In the case of the latest head units, such as MGU, EntryNavEvo and NBT Evo, the process looks pretty straightforward — we send you a USB drive with a conversion file and maps that you have to upload to your head unit. The conversion file is a special code that makes the car accept the maps from another region. In fact the conversion map code is a one-time map update code too, so after uploading it to your iDrive, you’re all set and ready to go with the newest maps. Keep in mind, though, that for some regions BMW might not allow you to do a map conversion, so contact us if you're unsure.

Moving to older head units such as NBT or CIC — for some countries the region change might be as simple as buying a map update, but for others it's a bit more complicated. It may well be that the region change will require replacing your head unit’s hard disk and perhaps some additional coding. Contact our support team to know which process will be necessary for your BMW.

Want to have your map region changed? Go to our map update website, enter your VIN and check the service in the “Options” section, along with the price.

The most noticeable difference is the map interface itself. Professional navigation has always included a 3D map option, which can make finding your bearings when driving easier. Business navigation only offers a simpler, bird's-eye view look, which some find less intuitive. Professional navigation is also generally more reliable in areas of patchy GPS coverage, as it supplements the positional readings from the GPS signal with internal measurements of your car's movement.

Both systems, however, rely on similar underlying map data, meaning we are able to update your road maps whichever system you have in your vehicle.

It is possible to find free maps on the Internet, but the moment you try to upload a BMW map update via USB, the system will ask for an FSC code, and without typing it in, you won't be updating your maps. That's why it’s always better to acquire updates from trustworthy sources with original BMW codes and technical support that can answer all your questions.

All BimmerTech map updates include a USB stick preloaded with the latest BMW map data for your vehicle and region, and a BMW navigation map certificate release code to use during installation. For more information, contact us to confirm what we can offer for your BMW.