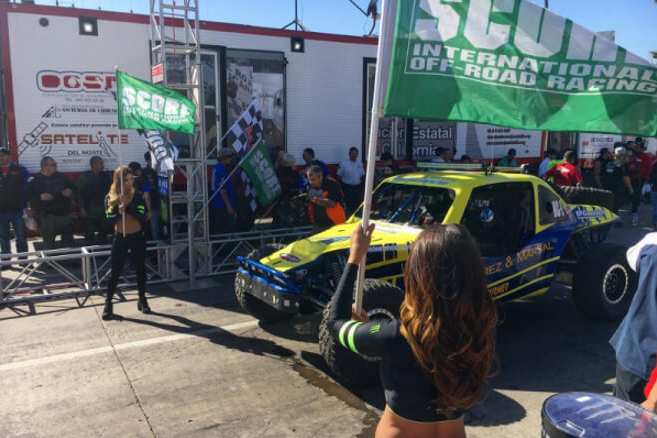 The Baja 1000 isn't somewhere you'd expect to see a BMW (unless it's a motorcycle, of course). There's something about over 1100 miles of gruesome desert terrain that doesn't exactly scream 'let's get an M3 out there.'

So it probably won't come as any surprise that semi-legendary BMW tuning house Turner Motorsport won't be taking one of their track cars to Ensenada as one of the most challenging off-road endurance races going kicks off. But they will be there.

Turner drivers Michael Marsal, Markus Palttala, Jay Baier and Will Turner himself will be joined by Dutchman Oskar Slingerland and James Rossiter from England, as Turner competes in the BC-6 Baja Challenge Class.

The fact that drivers, support team members and spectators die pretty regularly at Baja hasn't dampened the team's enthusiasm. For Turner, the precariousness of the situation is half the excitement: "Imagine yourself in the middle of a desert, at night, on terrain that you have never seen before, trying to drive faster than the 50 or 60 competitors that might be directly on your tail all while not even realizing that your inches away from a 200 foot cliff to your right...just amazing!"

The Turner Motorsport team won't be the first BMW aficionados to take on the Baja California Peninsula. They'll certainly be among the best prepared, though.

Seven years ago, lovable underdog Bill Carswell took a 1988 BMW 325i he picked up on Craigslist for $500 to Baja, and somehow managed to make it 180 miles before giving up the ghost despite having basically not having any support team, rally experience, communication with the outside world or tools, and being in the middle of some of the harshest territory on Earth in a $500 BMW from 1988.

Basically, it was what you'd call a brave effort that was always doomed to end before we all would have liked.

The Turner Motorsport team is committed to going at least one better and making it to the finish line, which in a race as grueling as the Baja 1000 is a pretty impressive feat by itself. Even if they unfortunately won't be doing it in one of their tricked out BMWs.