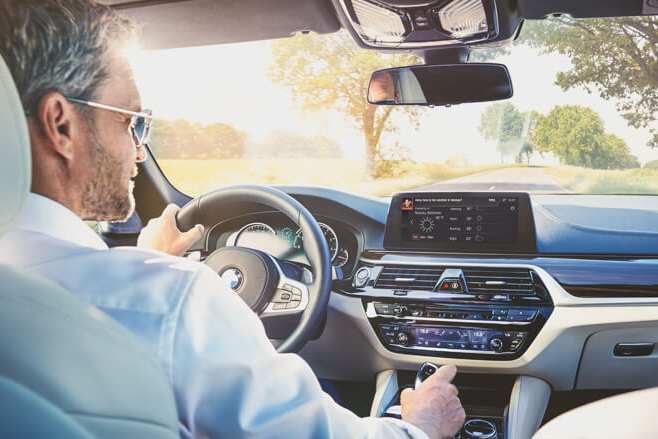 There's nothing quite like speaking and having things automagically happen around you. Or, at least, that's what BMW seem to betting on, with their announcement that Amazon's Alexa personal assistant will be built into BMW and MINI vehicles from mid-2018.

For anybody used to using an Echo at home, taking advantage of the same capabilities behind the wheel is probably going to feel like second nature.

And it makes an awful lot of sense; voice control is the perfect match for an in-car computer, offering safe and convenient hands-free operation.

What sets Alexa apart from competing in-car systems from Apple and Google, however, is the connected ecosystem. Whereas Android Auto's voice control is limited to performing actions in your car, in-car Alexa will be able to interact with everything you Echo can.

BMW and Amazon give the example of adjusting your home's temperature or switching on the porch lights from your car during the drive home, with only your voice. This alongside the more mundane features, like getting directions or checking the weather.

Do you really need to control your home's smart lighting from your car, though? And if you do, can't you already just do that from your smartphone anyway? With, I don't know...the Alexa app?

Maybe, but that's kind of missing the point.

As voice control technology gains ground, it's only natural that we'd expect to find it in all the areas we spend most of our lives. At home, on our smartphones (or as-yet-unsuccessful alternatives—I'm looking at you, Google Glass, if you'll excuse the pun), and in our cars.

This is becoming even clearer as the features offered by in-car computers become more advanced. Manually navigating busy menus searching for information and apps isn't really an option, and voice control is an easy way to cut through a cluttered interface and get straight to what you're looking for.

It's something the auto manufacturers, including BMW, have already realized, adding greater voice recognition capabilities to their vehicles over the last few years.

Voice recognition is more than just picking out sounds and guessing what words are being said. It's about giving the sequence of words some kind of meaning, and figuring out how to respond. Not only adjusting your car's AC when you say 'air conditioning temperature to 75 degrees, over,' but also when you say 'please make it a little warmer in here' or 'a bit more heat would be great' or 'I'm freezing, can't you, you know, do something about it?'

With an Echo userbase that can be measured in the millions in the US alone, Amazon is far better positioned than BMW (or any other auto maker) to get to grips with this kind of conversational language. By teaming up with Amazon, BMW is bringing a slice of that knowledge into their vehicles.

But what's in it for Amazon?

With fully autonomous vehicles looming large on the horizon, the place for advanced in-car computers—particularly those with voice control functionality—is only going to grow. Without having to worry about that pesky business of actually driving your car, you're suddenly freed to use your favorite apps, read the news or even lead conference calls.

And with the need for dashboard controls spread out in front of the now-non-existent driver eliminated, what better way to access all these features than with your voice?

With Android Auto and CarPlay, Google and Apple looked like stealing a march on Amazon when it comes to getting hold of a bit of this emerging segment. By getting Alexa integrated in BMW's—along with a few other makes, of course—Amazon are making sure they won't miss out.

All that's left is to find something a little more useful to do on the highway than turn your porch lights on...