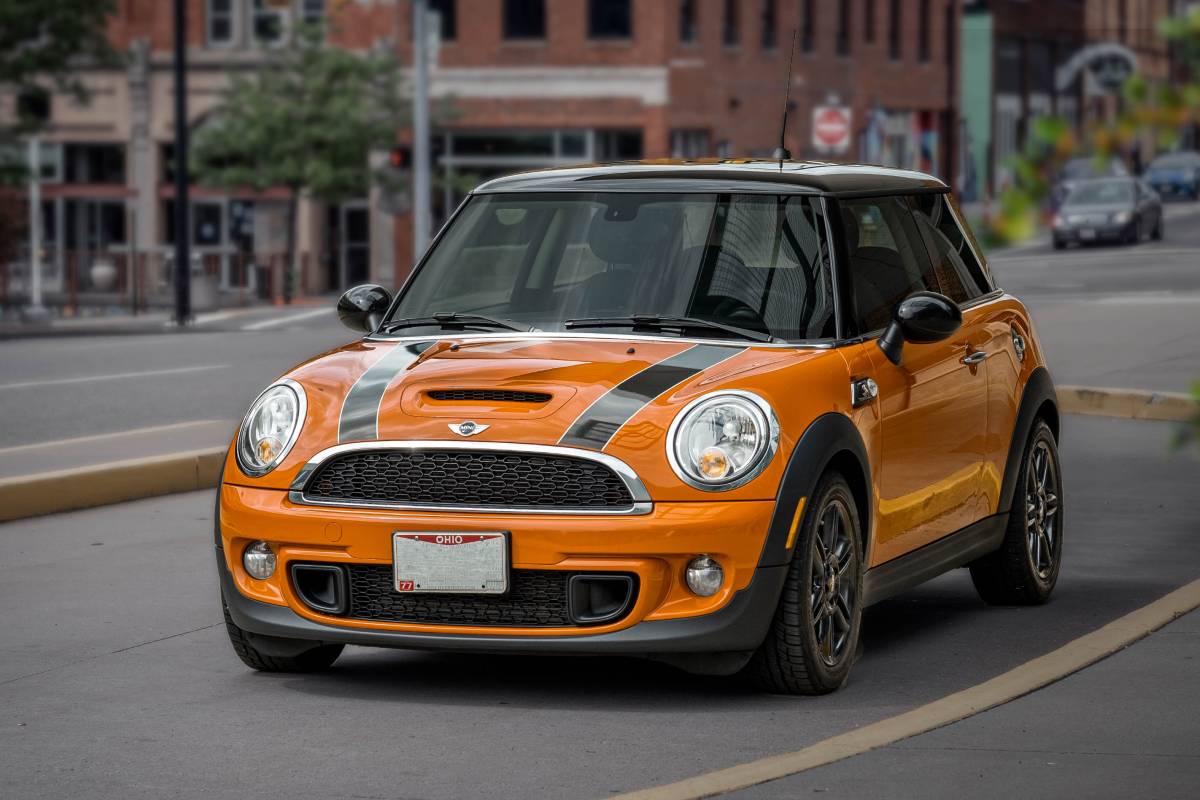 When it comes to cars that are both incredibly small and quick, not many are as iconic as the MINI Cooper. The descendant of the now classical Mini offered in the 1960s under the Morris nameplate, it retained its original shape in the base, 3-door version. More importantly, MINIs have also retained what made them so special in the first place – a sporty pedigree.

Coming at just under 600 kg or 1300 lbs, the older Minis handled very well, leading to their numerous Monte Carlo Rally wins. Although twice as heavy, modern MINI Coopers don’t compromise handling that much. For some of the current MINI models there is even a simple way to further improve how they behave on the road.

Do you want to feel the chills while driving your MINI? Curious what the option we are talking about is and if your MINI has it? Stay tuned to discover the MINI Cooper Sport mode as well as to learn how to squeeze more fun out of your car!

What is MINI Cooper Sport Mode?

Many high-performance or premium cars let you choose between different driving settings – like, for example, the BMW Sport Mode. Similarly to bimmers, and since the brand is owned by the same group, some MINI Cooper models also can be equipped with a Driving Modes switch, shaped like a little lever placed on the dashboard. Almost like something out of a fighter airplane.

Well, to be more precise, the lever is what you’ll find in the latest MINIs with the appropriate option or a MINI sport package installed at the factory. Pre-facelift models of the current F56 generation get a small knob, while the older second gen (R56) cars get a circular button next to the gear shift lever. Anyways, be it a lever, a switch or a button, they allow users to choose between preconfigured drivability settings, which affect the performance of the car.

What are the 3 available Driving Modes? Their names are pretty self-explanatory: they are called Green, Mid, and, of course, Sport. The latter greatly sharpens the driving characteristics of your MINI – but we’ll talk more about how it works in just a bit.

First, let’s quickly go over what the other settings do. 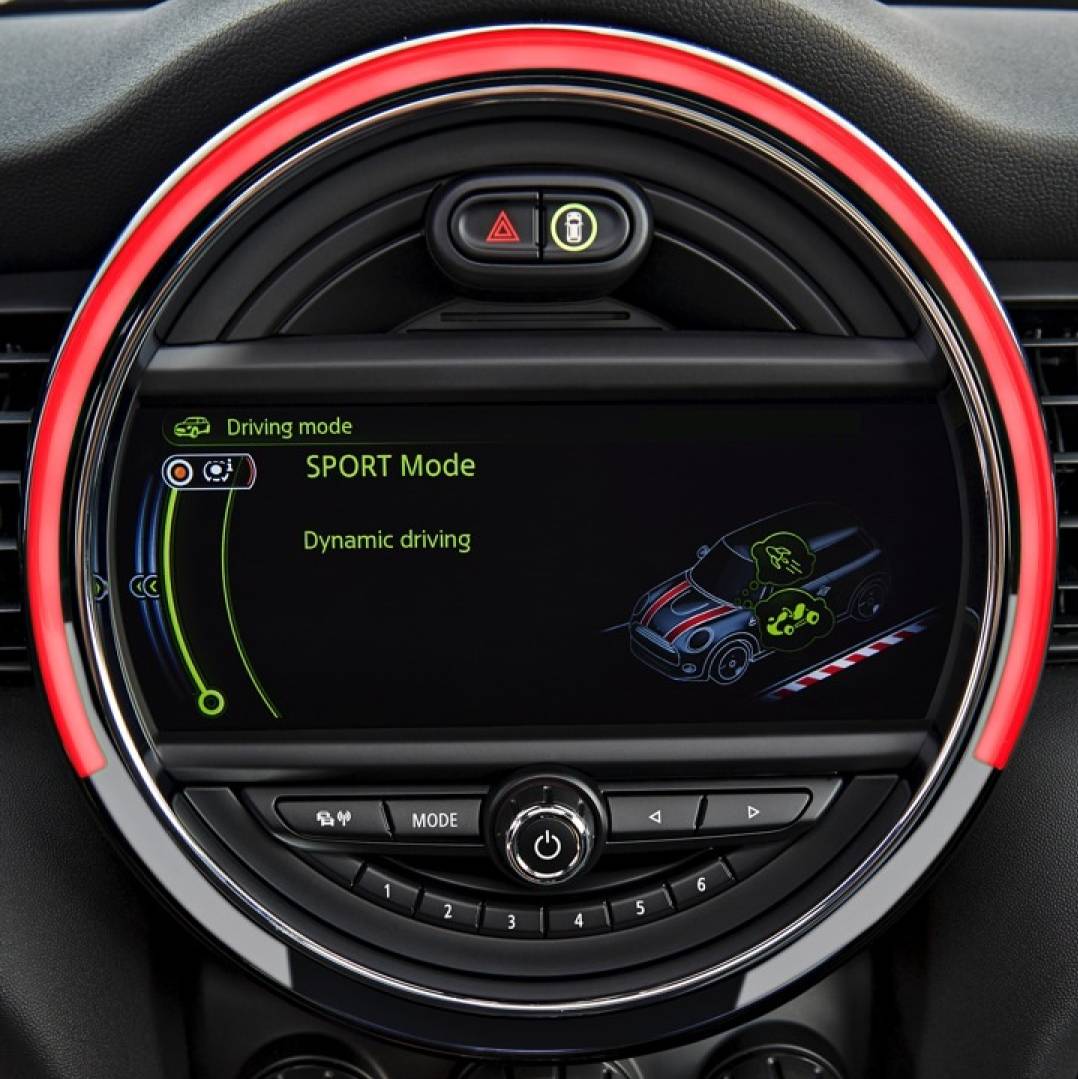 As you probably already guessed, the first of those two more “civilized” driving profiles is meant for maximum efficiency.

If your car has the Driving Modes feature, you can activate the Green Mode after flicking the switch down. This will change the throttle response to optimize fuel consumption and display additional eco tips on the infotainment screen. Additionally, MINIs with an automatic transmission also have a sailing feature. When the Green Mode is activated, the engine gets decoupled from the gearbox for slower deceleration and extra fuel savings when driving down from a hill, for example.

On the other hand, the default Mid Mode is programmed to provide a good balance between responsiveness and fuel consumption for normal traffic applications.

Now, let’s get to the fun stuff, which is the Sport Mode.

How Does the Sport Mode Work

When you activate the MINI Cooper Sport Mode, the ECU (Electronic Control Unit) of your car will adjust a few things to improve handling and performance. Ultimately, the extent of the changes depends on what options are fitted in your vehicle, but generally speaking, you can expect the following areas to be different.

Now that we’ve established what Sport Mode does on a MINI Cooper, let’s take a look at which models have it, because it’s not as straightforward as you might think…

Which MINIs Have a Sport Mode

Simply put, the Sport Mode is a feature that was optional for the older MINI Cooper vehicles, regardless of the equipment package. However, it now comes standard for all the S and high-performance John Cooper Works trims.

Take a look below to see what cars could be equipped with the Sport Mode.

Is your car on the list? If so, do you know how to turn the Sport Mode on and use it to its fullest?

How to Use MINI Sport Mode 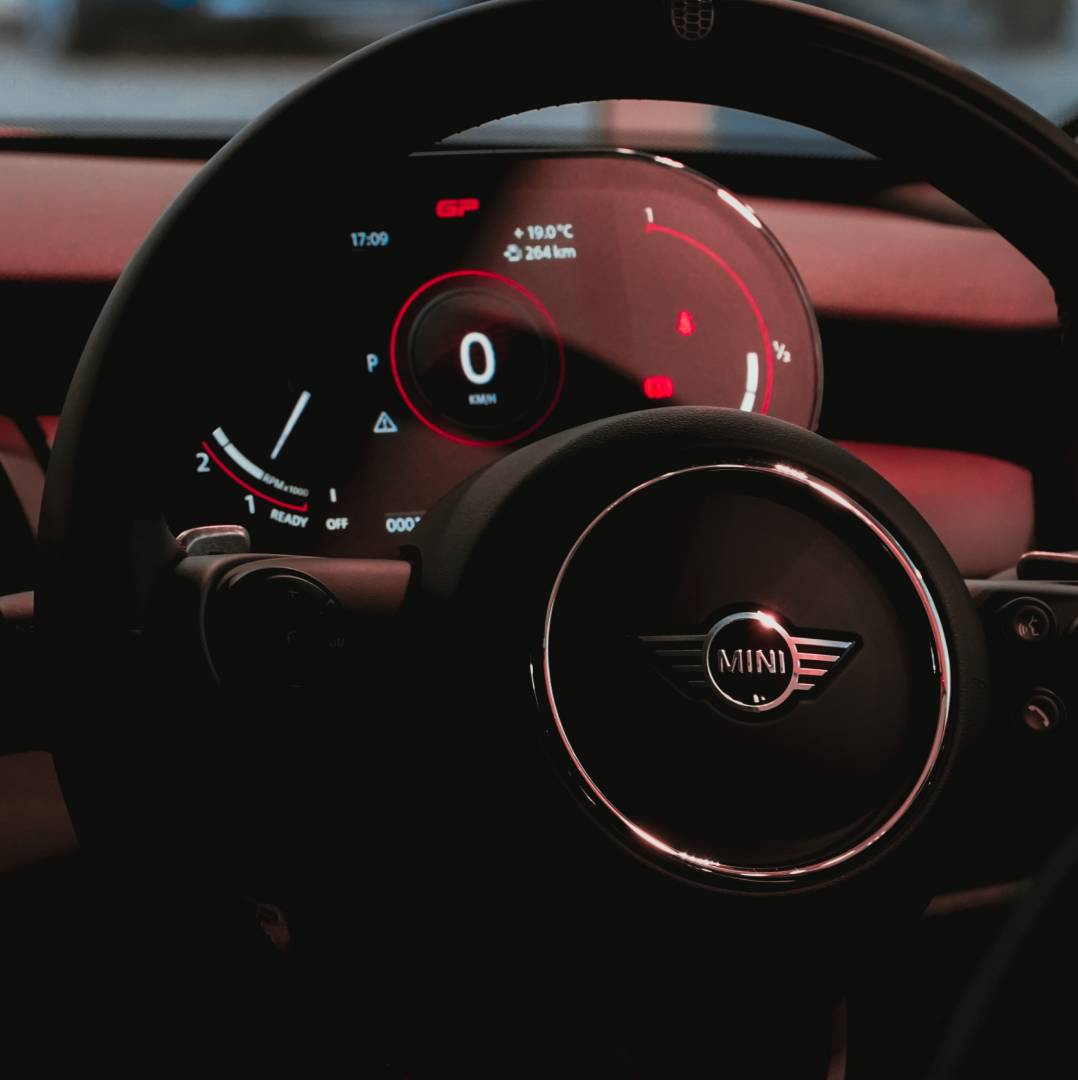 Activating the MINI Cooper Sport Mode is very easy and doesn’t really require a separate guide – depending on the year of production, you do it either by pressing the button (second generation R models), turning the knob (pre-facelift F models) or toggling the switch upwards (newest MINIs after the facelift). Buttons and knobs should be located near the gear shifter, while the switches in the latest models are located in the lower part of the dashboard.

As simple as it sounds, it’s worth knowing the exact disadvantages of the Sport Mode, before activating the fun switch.

All the cons of using Sport Mode in your MINI boil down to how it affects your driving style. Most likely, the aggressively mapped throttle will encourage faster accelerations, reaching higher engine RPM, as well as more braking due to the traffic. Which, in turn, could lead to increased wear of brakes and the engine, not to mention lower gas mileage.

“But wait,” you might think to yourself, “is disabled traction control a true downside?” Let us dive a bit deeper into this subject…

As we’ve already mentioned when describing how the Sport Mode works, one of the things it does is turn off the traction control system. This is why you should leave it in Mid Mode when it’s snowing, despite some people claiming that it’s better to turn this particular driving aid off in winter.

Actually, there is a reason for such statements circulating online. Just like with the quicker acceleration, traction control deactivation could be beneficial for an experienced driver in the snow. That being said, taking full advantage of the unrestricted power delivery in a car requires tremendous amounts of skill, especially in slippery or snowy conditions, so it’s just safer to leave the traction control turned on.

One exception to this rule would be a scenario in which you get stuck in a deep snow or mud: in this case, temporarily turning off the traction control or enabling the Sport Mode could help you dig yourself out – the spinning wheels will move the white powder away, potentially reaching the surface below and getting some grip to change the horsepower into movement.

Speaking of horsepower: have you ever wondered how to improve the performance of your MINI and get it to launch like a tiny rocket at the traffic lights? Or maybe lately you found it lacking in the responsiveness department? There is a way to fix that.

Let’s picture this: you are on your drive home from work, but you get the feeling that something is off. Your turbocharged MINI has lost its go-karting charm, it doesn’t seem as swift as it did before. What can you do to maintain the first-drive excitement?

Obviously you’ve already read the header of this paragraph, so you know that engine tuning is the solution we suggest if you are looking for a way to get more out of your car. And it doesn’t only mean making it faster.

If done by an experienced professional, remapping of your ECU can improve more than just power through an increased boost pressure. Thanks to a much more precise fuel injection, your MINI will be less thirsty for gas. Fan speed will be adjusted, which will result in a lowered operating temperature of the engine – this contributes to better reliability and longevity of its components. The tuner will also change parameters like the ignition or timing, all to make the car significantly more responsive.

Yes, chip tuning isn’t the only available option for better performance of your car. You might’ve already come across another: a piggyback tuning, sometimes also called box tuning. However, it’s not the method we recommend considering. The main drawback of boxes is that they don’t offer as much control over engine parameters as reprogramming of the ECU.

Check out one of our previous articles where we’ve explored the subject of ECU tuning vs. piggyback tunes in detail.

So, as we’ve established – chip tuning is a better option than its alternative. But did you know that even this process can be further improved upon?

Enter the Perfected Performance service. It lets you take full advantage of the ECU tuning in a much more convenient, user-friendly package. The whole process is very simple and conducted remotely – this means that we’ll be able to help you improve the performance of your car without you having to move it from your driveway.

The best thing is that no technical knowledge other than how to install an app on your PC or where to plug in the ENET cable is necessary. The list of things you’ll need is very short and the necessary equipment can be ordered from us:

Be aware though that MINI Cooper engine tuning isn’t just a matter of simply changing a few lines of code on your own and hoping for the best or letting an inexperienced tuner meddle with the car’s programming.

Some MINIs come equipped with the BMW B46 or B48 engines. And just like we’ve explained when talking about the differences between these two, incorrect parameter changes may result in increased component wear or engine failure. More importantly, they can also “brick” your ECU, which basically means software corruption that requires a reinstall of the factory system settings.

Tuning Your MINI Cooper with Perfected Performance – What Will Change?

With our Perfected Performance, you don’t have to worry about making serious errors like that. From an ECU data scan of your vehicle to implementing all the necessary software adjustments and saving them – our specialist will do everything for you. Simply relax and enjoy the improved drivability of your MINI Cooper afterwards. Curious what are the three important areas that are going to get enhanced?

Our goal is to provide your car with:

In order to achieve that, we will tweak parameters like boost pressure, fueling (for more precise fuel dosage), ignition, timing, fan speed (for better cooling) or how the variable valve timing system (VANOS) works. This, in turn, will contribute to increased power and torque, better flexibility, as well as lowered engine operating temperature – all resulting in more thrills while driving and less time spent refueling or servicing your car.

Please also note that like all ECU tuning, Perfected Performance might void your car’s driveline warranty – if you want to modify your car in any shape or form, it’s best to wait until it has expired.

A great option to increase the excitement of your daily commute, Sport Mode is a sign of a car maker still thinking about the enthusiasts and people who just love driving. It’s also an example of something more than just a marketing gimmick: using this setting changes parameters that do, in fact, affect how a vehicle behaves.

If you want to get even more out of your MINI Cooper, you might want to check out the tuning possibilities with Perfected Performance. Don’t worry: the Sport Mode will still be available after our specialist is done adjusting your engine.

Now that you know how the MINI Cooper Sport Mode works and how to activate it, will you be using it more or less often when driving your car?