How To: Update Android Auto & Turn off auto-update?

Android Auto brings a hell of a lot of convenience when driving. The most convenient thing of all, though, might just be how Android Auto updates work. This isn’t anything like updating your BMW iDrive software — which usually requires a trip to the dealer in all but the latest vehicles.

Instead, your factory or aftermarket BMW Android Auto updates just like your phone. That shouldn’t be any surprise, as your phone is exactly what Android Auto is running off. What this means is an auto update on Android will help make sure you have the latest Android Auto version, too. Pretty neat, huh?

But what if that convenience isn’t quite working out for you? How can you make sure you’re running the Android Auto latest version? Or if you don’t want to, is there a way to turn off auto update on Android phones and Android Auto? Let’s find out…

How does Android Auto work on BMW?

First off, we’ll take a look at how the Android Auto app works, which is going to make it easier to get to grips with how the update process works. We’ll assume you already know how to use Android Auto, but if not, check out our beginners’ guide to using Android Auto in your BMW.

The most important thing to remember is that — whether you have a factory original system or BMW Android Auto retrofit — you can’t use Android without your phone. That connection is absolutely required, because it’s your phone that powers Android Auto. With the native BMW Android Auto system, that connection has to be wireless. Aftermarket systems may allow either wireless connection, wired connection via USB, or both for more flexibility.

With the connection established, your Android phone takes charge of running the apps. Android Auto apps do not need to be installed or updated separately in your car, everything is handled on your phone.

How to check the latest Android Auto version? 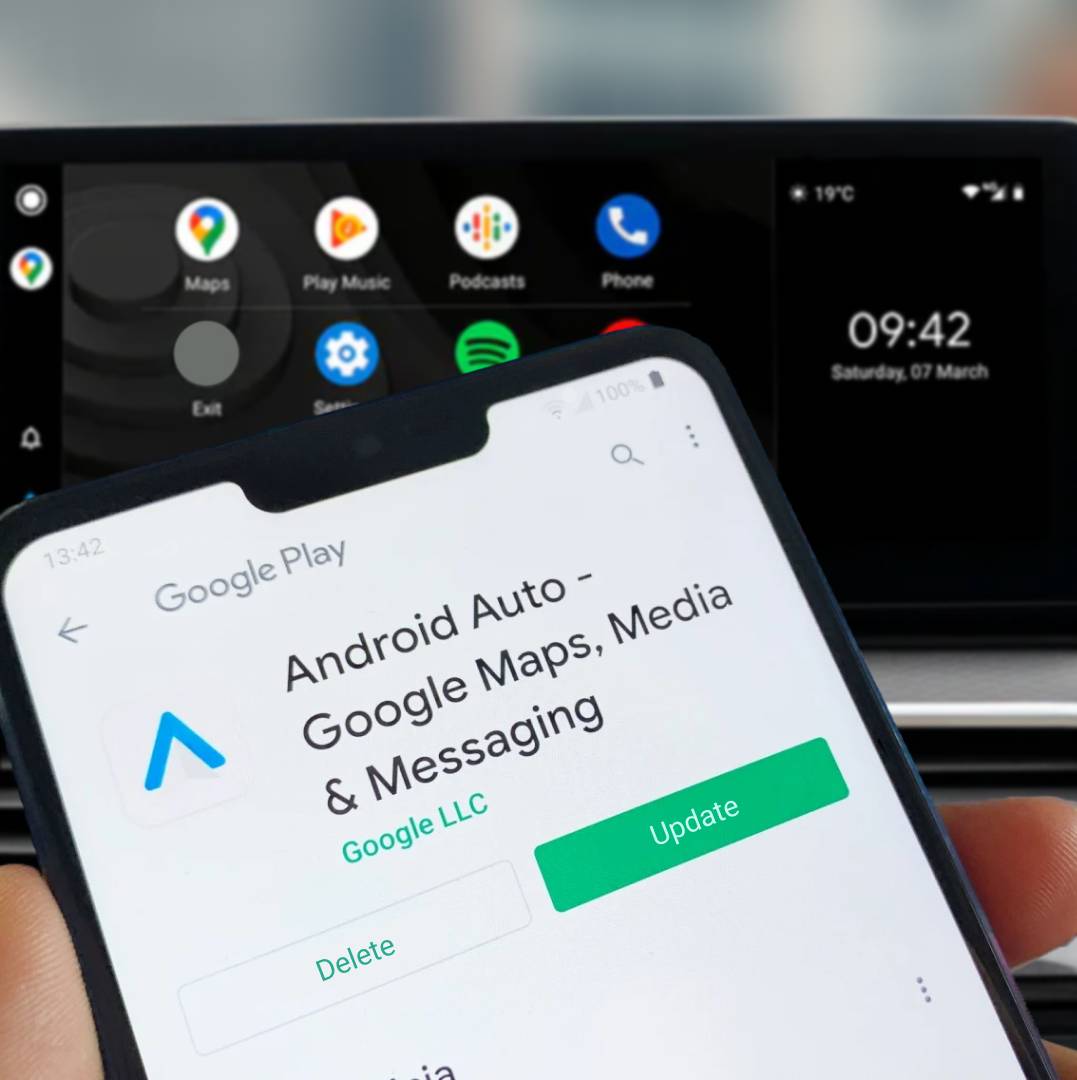 That usually means you won’t need to worry whether or not you’re running the latest Android Auto version — keep your phone updated, and Android Auto will be updated, too.

Still, it doesn’t hurt to check, and only takes a moment. Just like any other app, you can check the Google Play Store to see the most up-to-date version available to download and when it was released.

Exactly which version that is might depend on your phone’s Android version. Older phones running Android 9 or earlier needed to download and install the app, while since Android 10, Android Auto has been an integral part of the operating system.

For anybody who’s kept their phone up to date, Android Auto features a load of new changes. Some of them are purely stylistic, giving the whole interface a more modern feel.

There were some big functional changes, though. The most useful by far is a fully scalable split-screen interface, rolled out in 2022. Whatever screen size or shape you have, Android Auto now lets you display multiple of the best Android Auto apps at once. That means no skipping back and forth between Android Auto maps and music through the main menu.

That multi-app interface also gives a space to show message notifications. When paired with auto text reply, Android Auto makes it easier than ever to stay in touch.

There were also a few changes behind the scenes, giving app developers more control over how they display their apps. If you listen to podcasts or audiobooks, for example, your favorite apps are now able to show a progress bar. No more wondering whether you’ve got enough left to fill the rest of your journey.

It goes without saying that the features you know and love are still there. If you rely on using popular Android Auto voice commands with Google Assistant, that’s only getting more powerful and accurate.

How to update Android Auto?

So how do you get these Android Auto new features in your vehicle if you don’t already? Easy, just update Android Auto — Google promises everybody will be able to take advantage of the latest features.

As we’ve said already, there’s a good chance your phone is going to handle all that for you. If it hasn’t, though, there are only a few simple steps:

If you see an ‘update’ button, you know you aren’t running the latest Android Auto version. Just tap and it will download and install.

Where is the auto update on an Android phone?

That’s simple enough, but wouldn’t it be nicer to avoid even that minor hassle, too? Fortunately, Auto update on Android can do the job for you, so that’s a weight off your mind.

Android lets you control the auto update behavior on an app-by-app basis, so you don’t have to completely activate or turn off auto update on Android phones you want a little more control over.

To check your auto update settings for Android Auto:

You should see the auto update settings for that particular app, along with whether it’s enabled or disabled.

How to turn off auto system update on Android phone?

In rare cases, the update might stop Android Auto from working. If that makes you want to turn off auto update, Android makes it as easy as flipping that switch to disabled. (Before you do that, though, take a look at how to fix command Android Auto problems.)

That won’t completely stop you from updating the app, of course. You can still update manually, and will get notifications when there is a new version to download. You just won’t be surprised by unexpected data charges.

If that’s your worry, though, you can also configure auto update to take place only on WiFi, or also using your mobile data. To change your settings, open the Play Store settings and set your network preferences. A similar option is available through most other app stores.

How to get Android Auto in BMW? 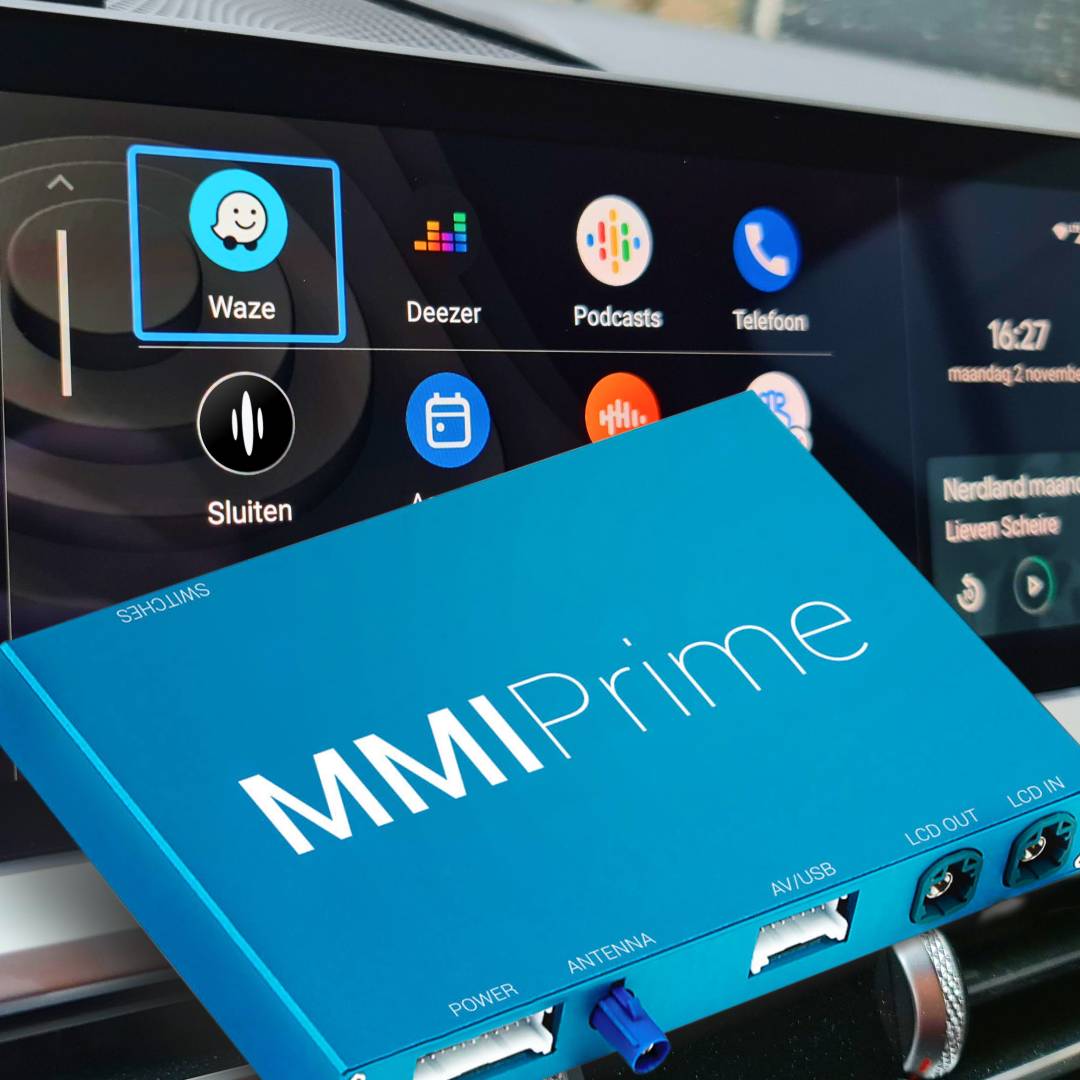 So that’s covered how to update Android Auto, but how about getting it in the first place? If you’ve seen some of the things you can do with Android Auto in your BMW or MINI, you’re probably pretty excited about activating it yourself!

Depending on your vehicle, its age and factory hardware, there are a few ways to go. Whatever activation method you need, though, BimmerTech can help.

In newer vehicles with iDrive 7.0, you can activate Android Auto for BMW via coding. With BimmerTech, everything is done remotely, so you can arrange a coding session with our skilled technician at a time that suits you. Without even leaving home, you’ll have Android Auto activated in less than 30 minutes.

Driving an older BMW? Well, there’s something for you, too! Our Android Auto MMI Prime retrofit for BMWs and MINIs is made for most vehicles produced since 2008. A hardware upgrade that requires installation, it integrates with your factory iDrive system for easy use. Switch between iDrive and Android Auto with your dashboard controls, summon Google Assistant with your BMW steering wheel buttons and more.

However you end up getting Android Auto in your BMW, the fact it runs off your phone means you’ll always be able to have the newest Android Auto features. Just keep it up-to-date — as we’ve shown, that’s a piece of cake ;)