Can you watch YouTube & Netflix on Android Auto? 4 hacks to play videos in your BMW 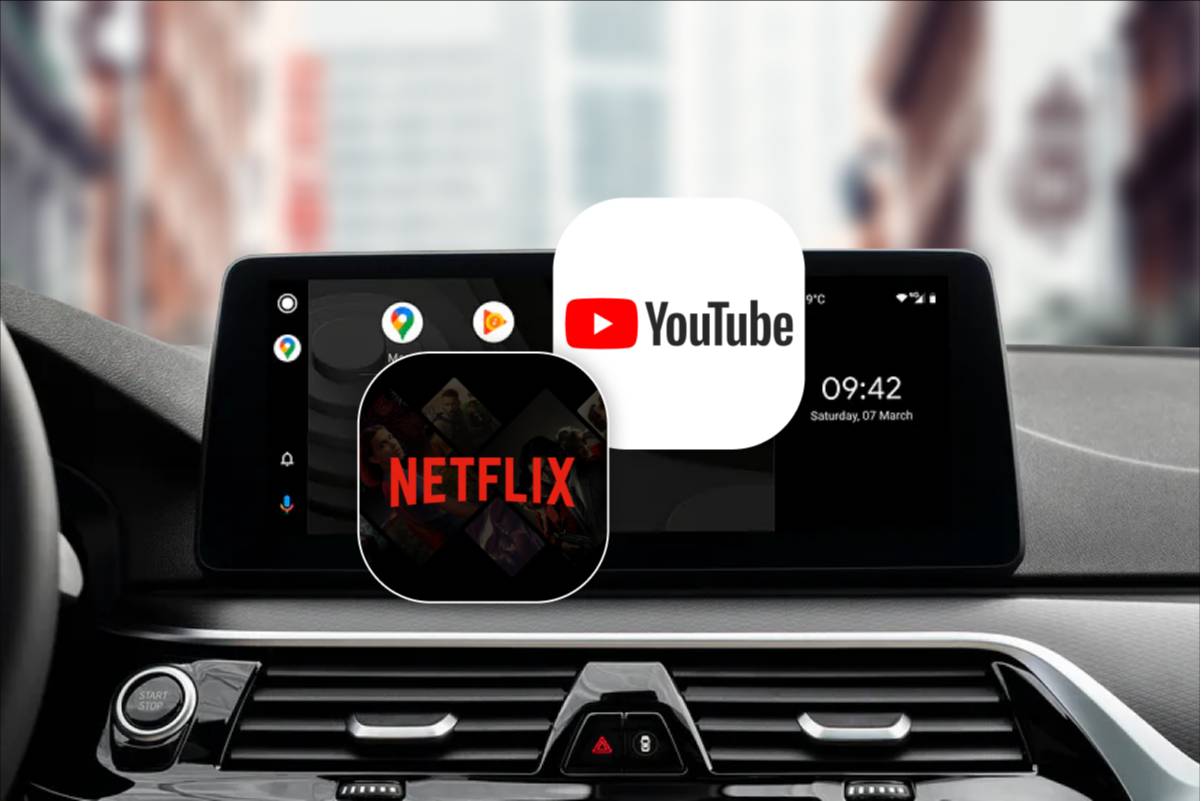 If you have a BMW, Android Auto can be a game-changer behind the wheel — just ask anybody who’s already using Google’s infotainment system. But you’re probably still going to find a few things that make you wish there were some BMW Android Auto hacks to help you get more out of your Android Auto-equipped BMW. If you’ve ever tried to use Netflix on Android Auto, you’ll know exactly what we’re talking about.

The bad news is Netflix, YouTube and other video apps are not supported by Android Auto, no matter what you try.

The good news is we — as the BMW technology experts — know some other ways to take your Android Auto game to the next level. But these little tips and tricks aren't only if you already have the native Android Auto BMW offers from the factory in its latest vehicles. Spoiler alert: it's possible to activate Android Auto for BMW, too, even in older vehicles. What’s more, there are a few approaches besides Android Auto that will let you unlock video streaming in your BMW. Read on to find out how.

What apps work with Android Auto?

If there’s one downside to Android Auto, it’s that the platform doesn’t support all Android apps. As an example, any games or video apps you have on your phone won't show up on your Android Auto menu, which means no Netflix on Android Auto. (That said, in a moment we’ll get to a few possible workarounds to help out with that…)

On the other hand, you shouldn't have any problems finding your favorite navigation, messaging or music apps. Android Auto will let you use apps including Google Maps or Waze, SMS or WhatsApp, Spotify or YouTube Music, all on your BMW or MINI’s dashboard display.

But what about those apps you can't get through Android Auto? Can you play videos from YouTube on Android Auto, or are music and podcasts the only options to keep yourself entertained on a long road trip? 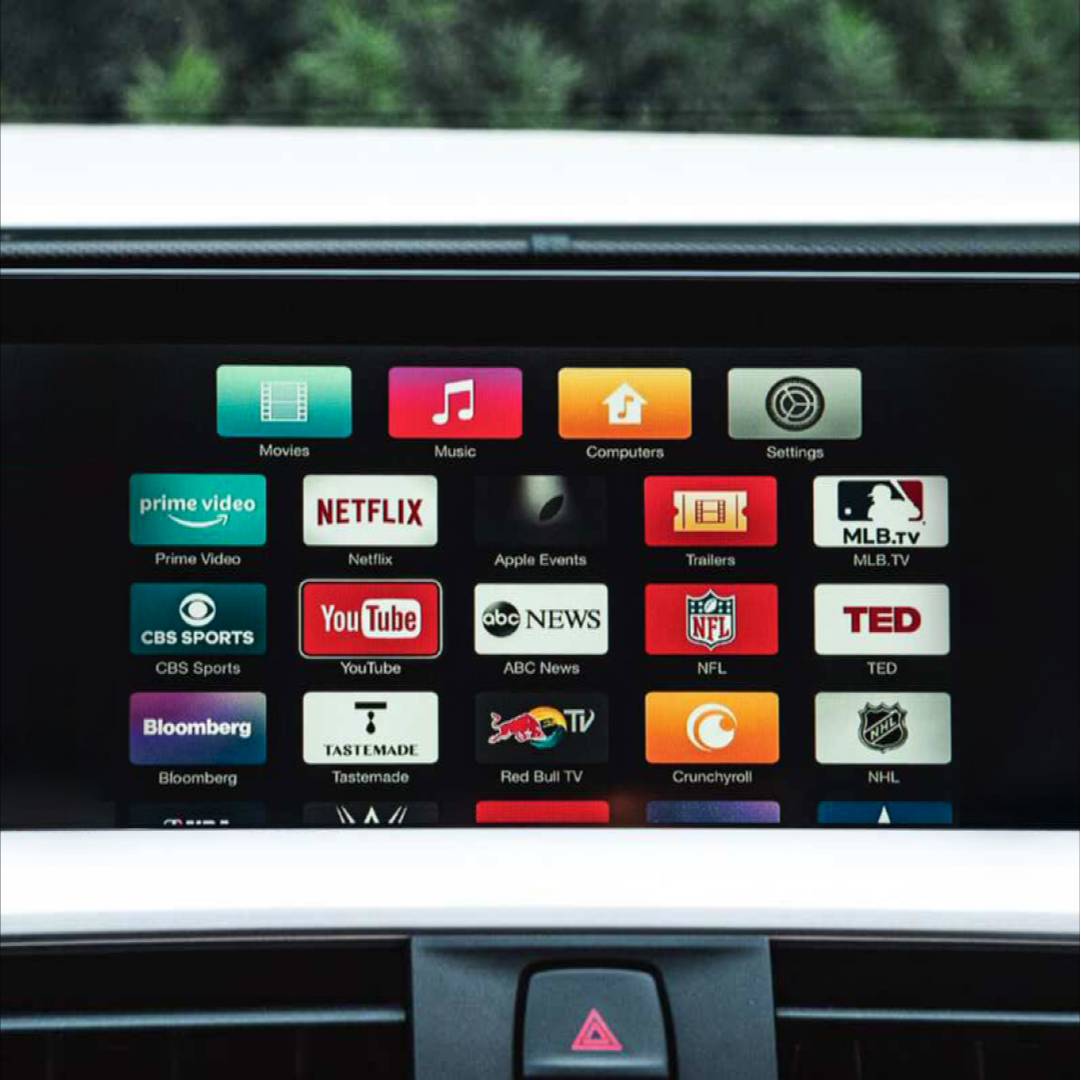 If you've ever tried to watch Netflix on Android Auto (without rooting your device, at least), you would have noticed the app doesn't show up on your BMW's Android Auto menu. Everybody — ourselves included! — wants you to keep your eyes planted firmly on the road when driving, not glancing over to watch something on Netflix. When done safely and responsibly, though, there are some situations when knowing how to play video in your BMW can come in handy.

Say you're travelling with children, and want something to keep them entertained. Or maybe you're parked up at a rest area on a long drive, and want to put on an episode of your favorite series to help pass the time.

In those situations, there is a way to watch Netflix, YouTube and more in your BMW… but Android Auto isn’t it.

Apple TV has full support for Netflix. While you're more likely to see it in an iPhone user’s living room, it doesn’t require any connection to your phone (so is available to Android fans, too) and with the right setup works great in your car.

BimmerTech's SmartView HD with Apple TV4 bundles an original Apple TV4 box with remote with all the required hardware to integrate it with your BMW iDrive. Use the dashboard controls to switch from iDrive to Apple TV, and content from any Apple TV streaming app you want is available to watch in your car.

Unlike its predecessors, Apple TV4 supports the App Store, so you’re free to download any video streaming apps you want. That means everything you’re used to in your living room — including popular TV channels like NBC, Bloomberg, ABC or Fox — can come along for the ride in your BMW or MINI.

Your location is going to determine which TV stations and streaming services are available to download and use. As expected, they may come with an additional subscription charge if you aren’t already signed up for home use. If it’s your first time using Apple TV, take a look at the App Store to get an idea of what content is available. 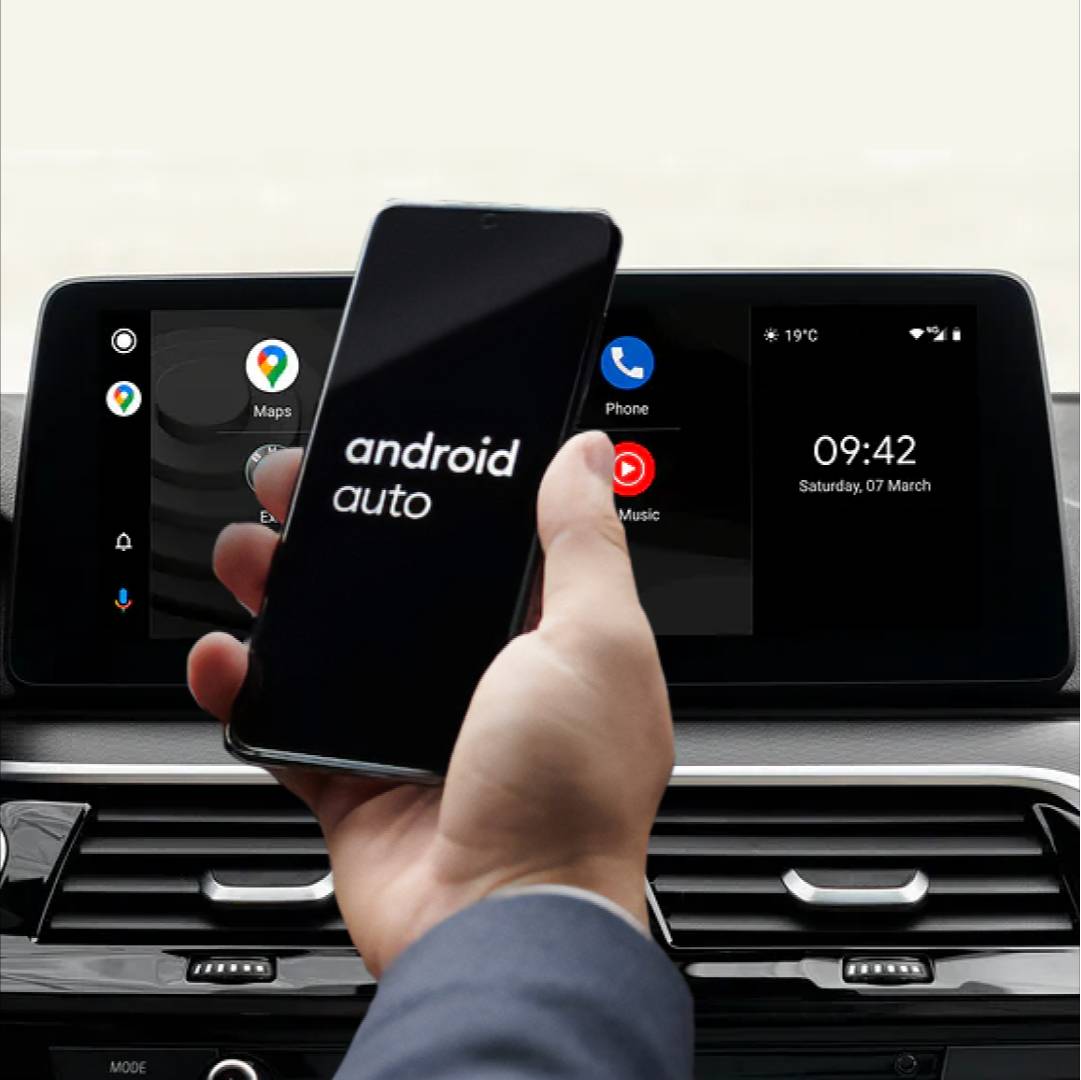 Apple TV also includes built-in support for AirPlay for screen mirroring, but as that’s iPhone-only, Android users are out of luck. So what other options are there?

If you’re interested in watching Netflix in your BMW, the app uses DRM technology to prevent screen mirroring, which means Apple TV is the only way. If you don’t need Netflix, you can still mirror other content — including YouTube — to your iDrive screen, while also having Android Auto available whenever you want.

Keep in mind it doesn’t work together with SmartView HD Apple TV4, so you’ll have to choose either greater video streaming capability or Android Auto's vehicle-focused convenience. 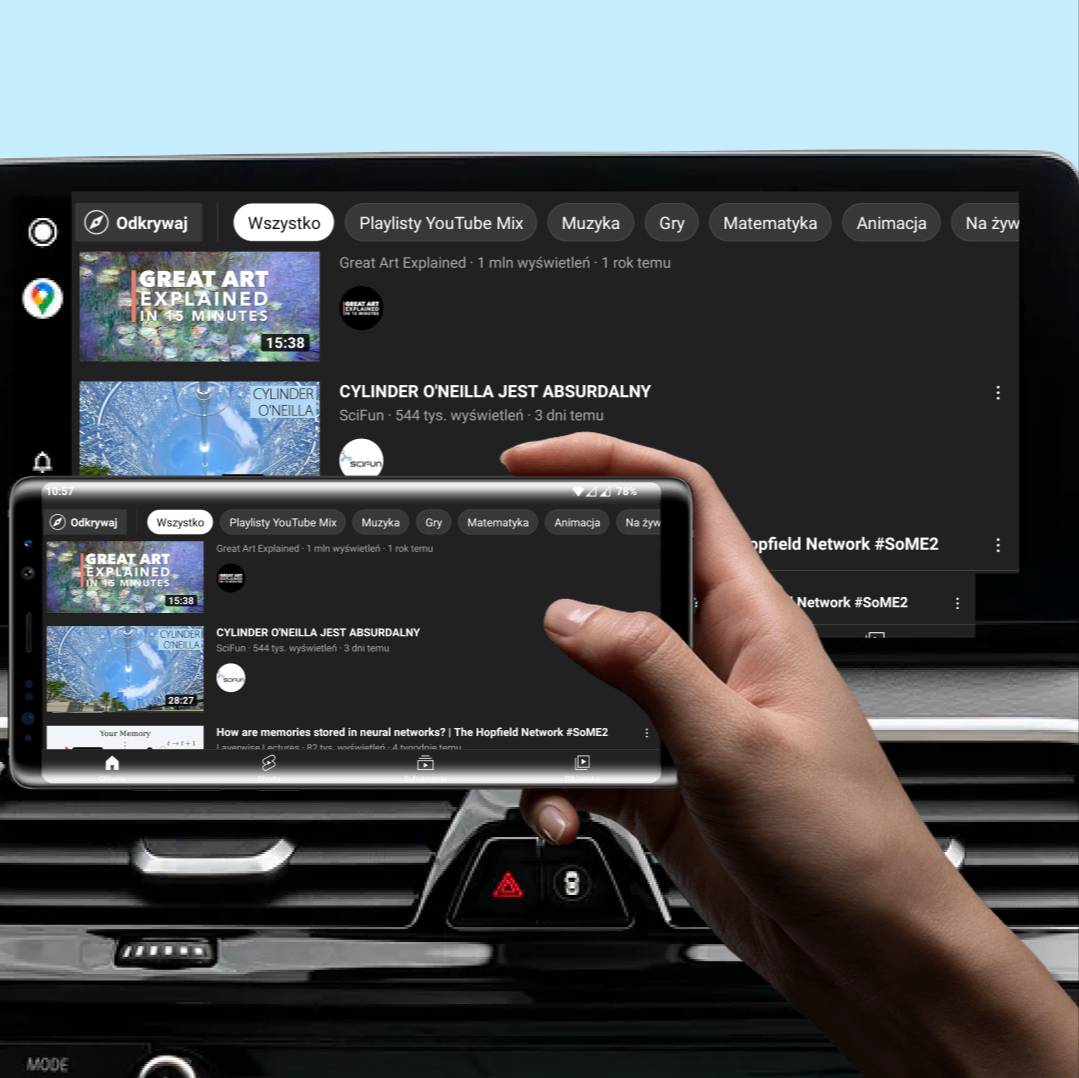 Looking for a native BMW solution instead? Before introducing Android Auto in 2020, some BMWs with NBT EVO ID5/6 iDrive systems supported Android screen mirroring. Though not as convenient to use as Android Auto, it did offer a way to bring content from your Android phone to the iDrive screen.

How does it work? By simply pairing your phone with your BMW, you can choose to mirror your smartphone screen onto your vehicle’s dashboard display. That way, anything on your Android device screen — be it photos and emails or videos from apps that support mirroring — shows up on your iDrive screen, too.

If you don’t have it in your vehicle, it’s simple to activate Android screen mirroring for BMW via coding with BimmerTech.

Play video from USB or DVD 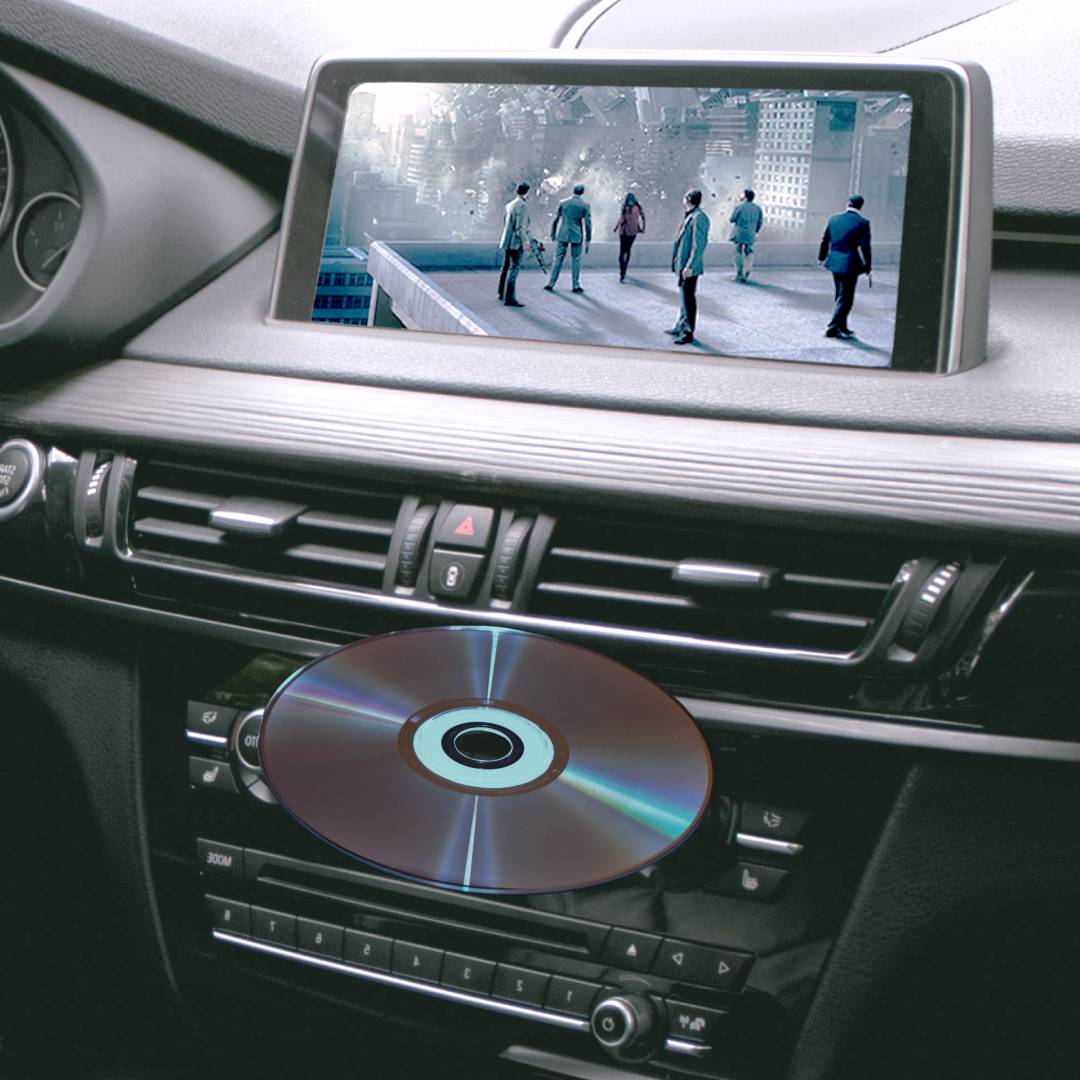 That said, screen mirroring isn’t the only way to play video on your iDrive screen, at least not if you’ve got the files downloaded. That’s where BimmerTech’s Android Auto MMI Prime comes back in as the most flexible option. Unlike the native BMW Android Auto system, which is wireless only, Android Auto MMI Prime also supports a wired connection through a USB port. That USB port is also put to good use to let you play saved video files straight from a USB.

Trying to stream video on Android Auto isn't always going to be much fun on a long road trip in areas with patchy cellular coverage, so taking video files along is a more stable option. Just make sure you’ve downloaded all the content you want before you set off, and you’ll have constant access to it.

If your BMW includes a DVD player, you don’t need anybody to tell you that’s another solid video playback option, though from the factory it’s likely to be blocked when your vehicle starts to move. With BimmerTech's easy video in motion coding for BMW, you’ll also be able to play DVDs while driving — of course, that one is strictly for your passengers.

How to get Android Auto on BMW?

So we’ve taken a look at a few extra options that offer things not included with Android Auto. You’d still need Android Auto for the full package, though, so what to do if your car didn’t get it from the factory? Is there a way to activate Android Auto in your BMW, or do you have to go without?

There is — you only need a suitable iDrive system with the hardware required to run wireless Android Auto. That’s fitted in many of the latest BMWs and MINIs whether Android Auto is enabled or not, so a software activation is all that’s required to start using it. 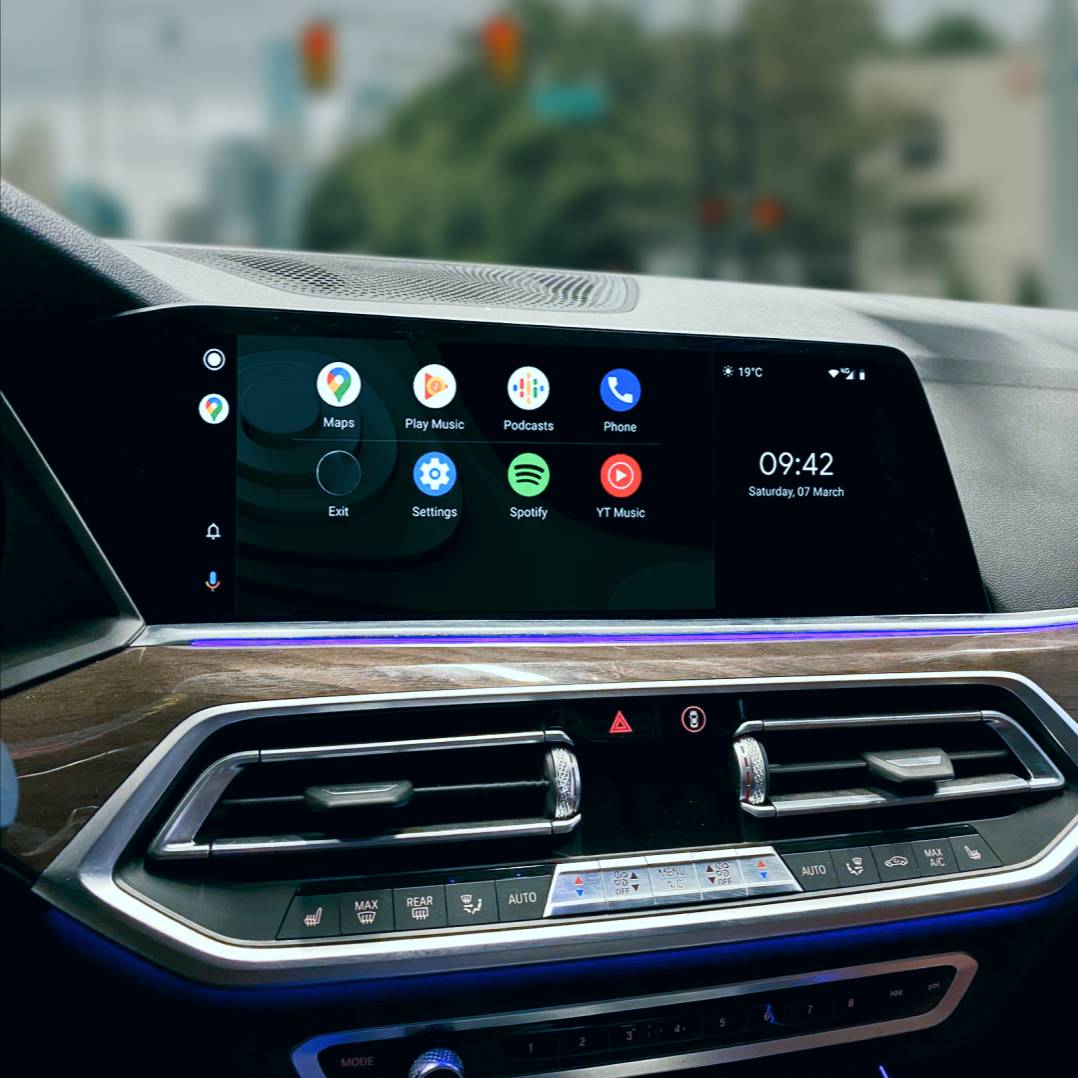 In that case, you can activate BMW-original Android Auto without even needing to leave home; BimmerTech's skilled technician can unlock Android Auto for you in a 30-minute remote coding session. Some vehicles may require an iDrive software update before Android Auto is available, and we can do that in less than an hour, too.

Whatever you need to get Android Auto for BMW, you won’t need to leave your car at the shop overnight, and can choose a session time that suits you. Convenience like that is only rivalled by the convenience of actually using your favorite Android apps when out on the road, which is exactly why so many people want Android Auto for BMW and MINI. 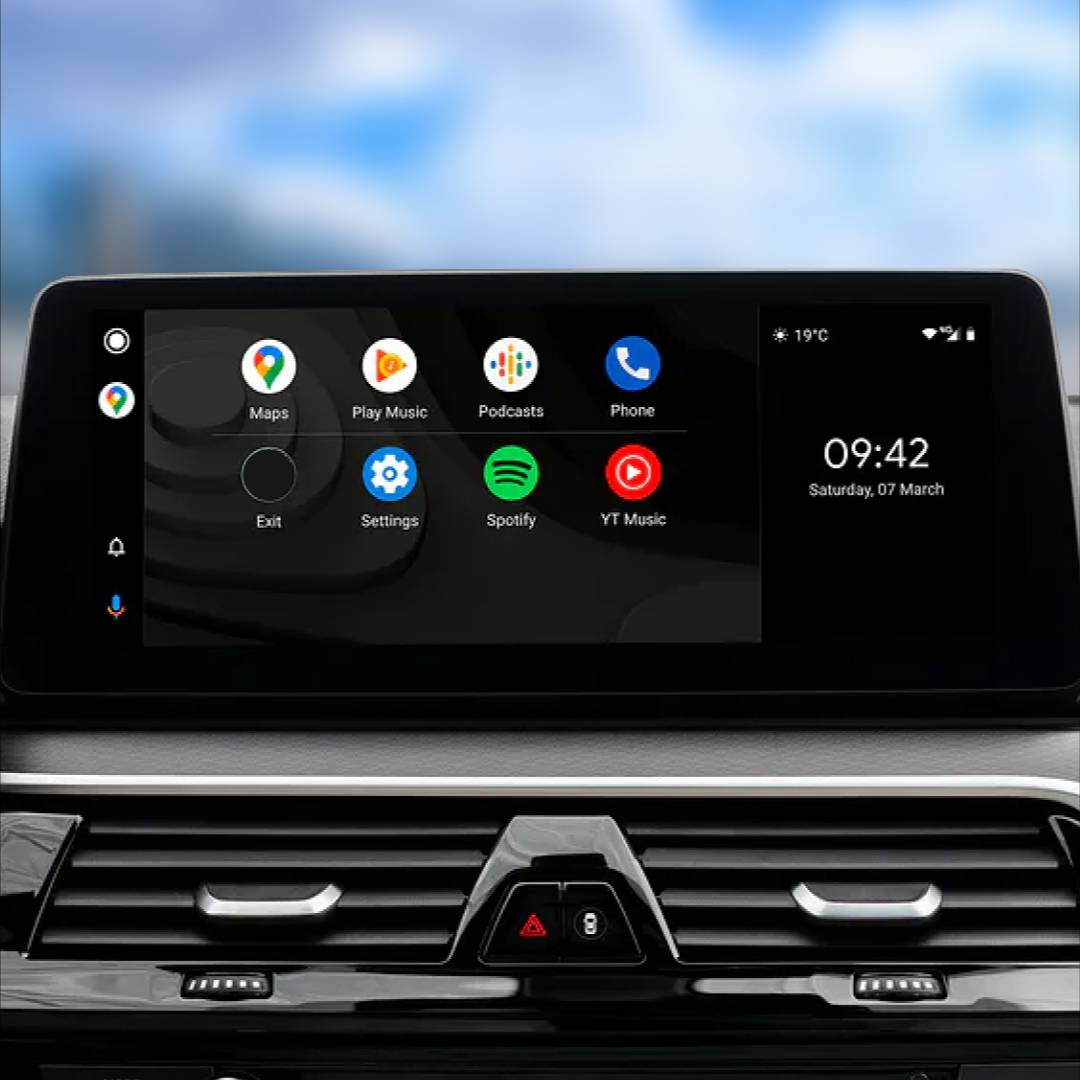 If your vehicle is a little older, you can still enjoy all the apps you’d get with Android Auto baked in thanks to a high-quality BMW Android Auto retrofit.

BimmerTech's Android Auto MMI Prime retrofit for BMW is a hardware device that connects to your BMW's iDrive system and factory dashboard screen. It offers both Android Auto and Android screen mirroring in a single package — great not just for checking up-to-the-minute directions, but also mirroring other content from your Android device.

Got friends and family with iPhones? To let everybody cast content from their phones, it includes CarPlay and AirPlay mirroring support, too.

Almost all BMWs from the previous few generations that don't support Android Auto natively are compatible with Android Auto MMI. So if you were waiting to enjoy Android Auto (and an Android Auto video hack or two, too), now’s the time.