Bang & Olufsen car speakers review - Is it worth it? 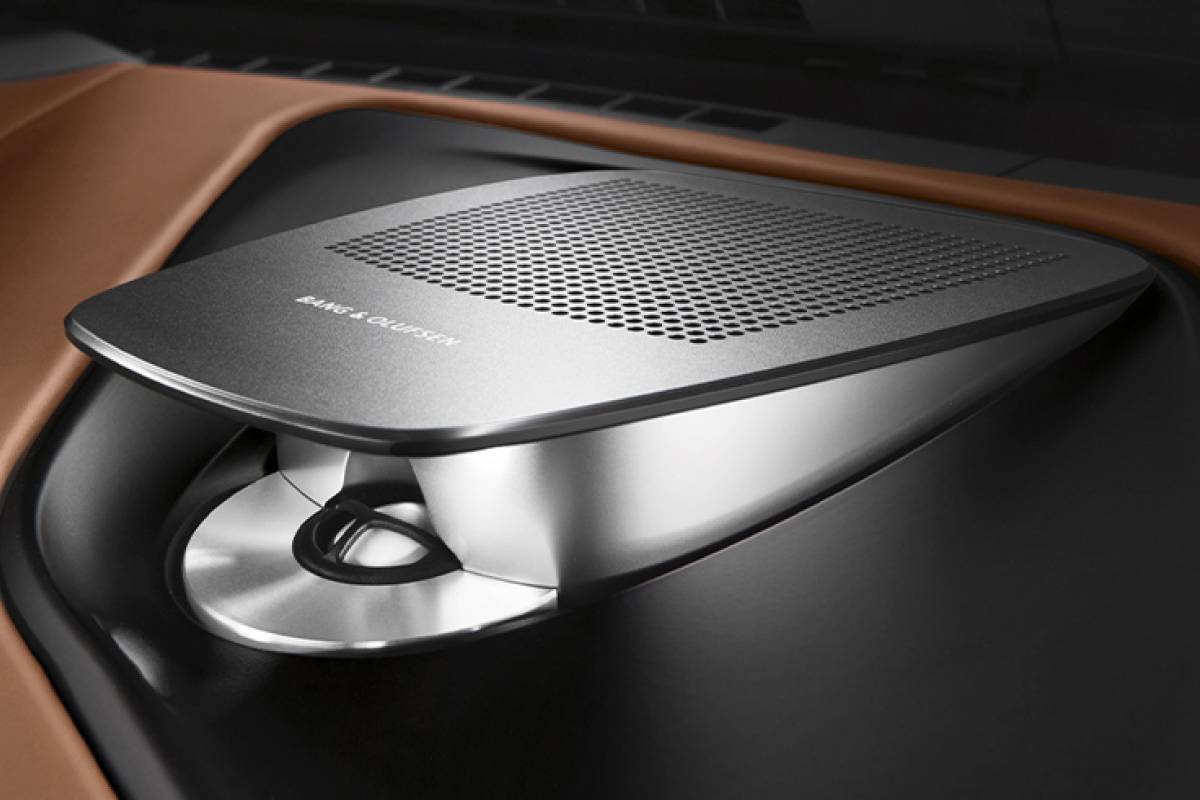 There's no denying the Danish brand is a titan of the home audio scene, not only because of the sound quality their systems are capable of, but also thanks to their attention to detail when it comes to design. That whole Scandi design stuff everybody talks about? Yeah, B&O are one of the companies responsible for that.

The perfect balance of performance and aesthetics, you say? Sounds like another brand I know...

It shouldn't come as any surprise, then, that BMW would want to inject a little B&O class into its more premium vehicles. And 'premium' really is the word; for some, the BMW Bang & Olufsen high end surround sound system (option code S6F2A) is one of the best factory audio setups money can buy, with a price tag to match — around $4k new. When you're shelling out that kind of money on OEM car speakers, they'd better be good!

The ultimate question would be is it worth it? Can you upgrade Bang and Olufsen car speakers and what are the alternatives on the market?

What is the Bang & Olufsen car stereo system?

So what exactly are you getting for your hard-earned cash?

The first thing you'll notice as soon as you get in the car are the active speakers — 16 in total, each nestled behind an expertly crafted aluminum grille. This isn't the wire mesh you get with a lot of car speakers, but carefully drilled and shaped sheets of solid metal. Right from the get go, BMW and B&O want to slap the premium look in your face.

The most distinctive Bang & Olufsen car speaker, though, is in the dashboard. The famous 'lifting' speaker pops up to reveal an acoustic lens tweeter, designed to help spread the sound to all corners of your vehicle. Invaluable for car audio, when cramped spaces mean directional speakers low in the doors can struggle to provide balanced sound. 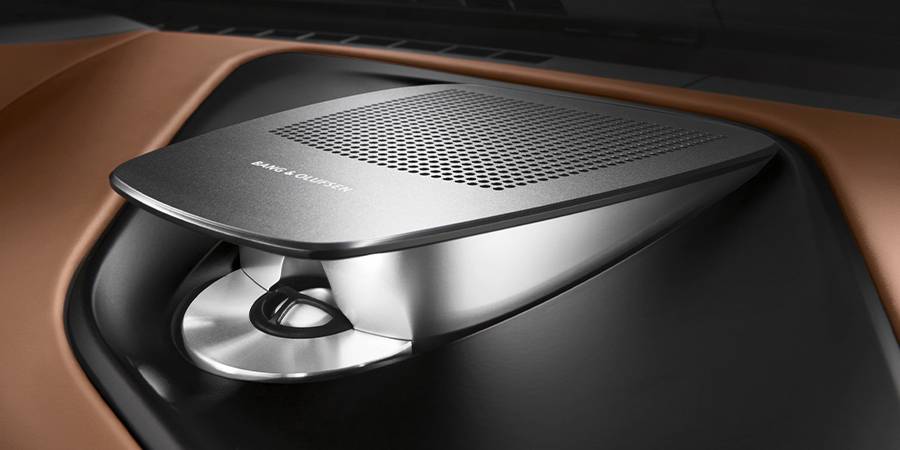 Speakers don't power themselves, though, so of course there's also the Bang & Olufsen amplifier and audio software to take a look at.

In fact, the software is probably the area where B&O's audio expertise has made the most difference. Sound engineers at B&O have meticulously tuned the system to perform at its best, not just at a standstill but on the open road.

Driving quicker? The sound of your car — both engine sound and road noise — are going to interfere with the sound from your stereo system. When driving slower, there's less ambient noise, letting the natural sound of your stereo shine through more easily.

Bang & Olufsen thought of that, testing the system on the road at different speeds, to get a clear idea which frequencies are going to struggle to cut through as you accelerate. That let their engineers adaptively tune the system for the best possible sound in all driving conditions. Put your foot down and you'll hear the speed-dependent volume settings kicking in — or, you won't hear it, which is kind of the point.

Take a look in the iDrive menu, and you'll also find Bang & Olufsen have given you a few options to play with. A BMW is never going to be an ideal environment to listen to music, but the B&O high end surround system lets you flip on "Expanded" mode, a sound profile that promises a wider-feeling soundstage in the tight confines of your BMW.

So you've decided you like the sound of the  Bang & Olufsen car stereo. What next? Run down to your BMW dealer and order a brand new, fully-optioned car?

Easy there, partner. Nothing lasts forever, and it's the same for the BMW/B&O partnership. As BMW has moved on to pastures new — the company's high-end vehicles now pack Bowers & Wilkins speakers — you're only going to find the Bang & Olufsen car speakers  on the used market.

Even when it was still showing up in new cars, it was only available in a limited range of higher-end models, like the BMW F10 5 Series and the BMW F15 X5. That means fans of the more nimble BMW M2 or BMW F30 3 Series are going to miss out on what Bang & Olufsen has to offer.

Realistically, it also isn't something you're going to want to try to retrofit; you might be able to switch out the speakers, but so much of what makes the B&O car stereo special is the rest of the system — the careful tuning by Bang & Olufsen engineers, and the integration with your vehicle and iDrive.

And if you're already considering switching out your car speakers and amplifier, going for another OEM option could be missing a trick. The Bang & Olufsen car audio system for BMW is good, but like all factory stereo systems, it's not going to be to everybody's taste. 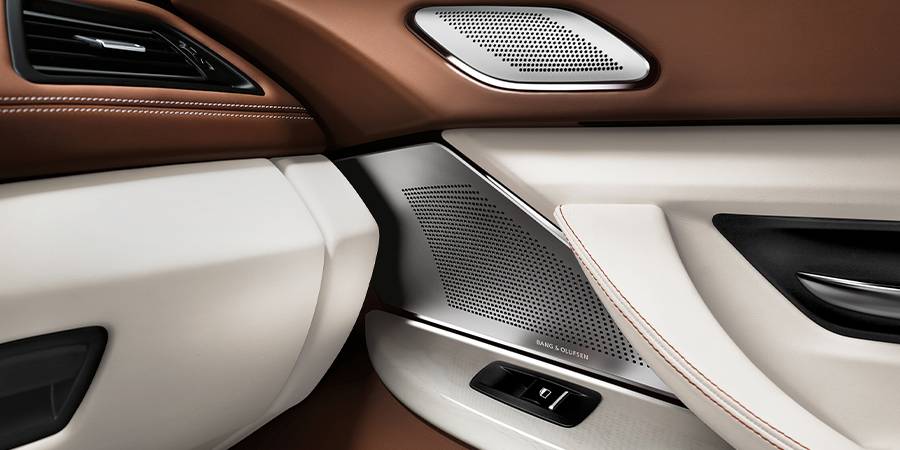 With only one high-end audio system available for BMW, B&O's audio engineers were tasked with producing a sound that everybody would be happy with — however they enjoy listening to their music.

And while you can choose from a few sound profiles, you're still limited by what Bang & Olufsen want to offer, and how much control they're willing to let you have over their system.

How to personalize a BMW sound system

When personalizing your BMW audio system, why not go all out and make something truly personal? Reputable aftermarket BMW audio companies like BimmerTech make it easy to upgrade your BMW speakers and amplifier in a way that suits you, from picking just the speakers you need, to tuning the amp with powerful DSP software. BimmerTech is the only company that offers such a personalized audio upgrade designed for BMW's. 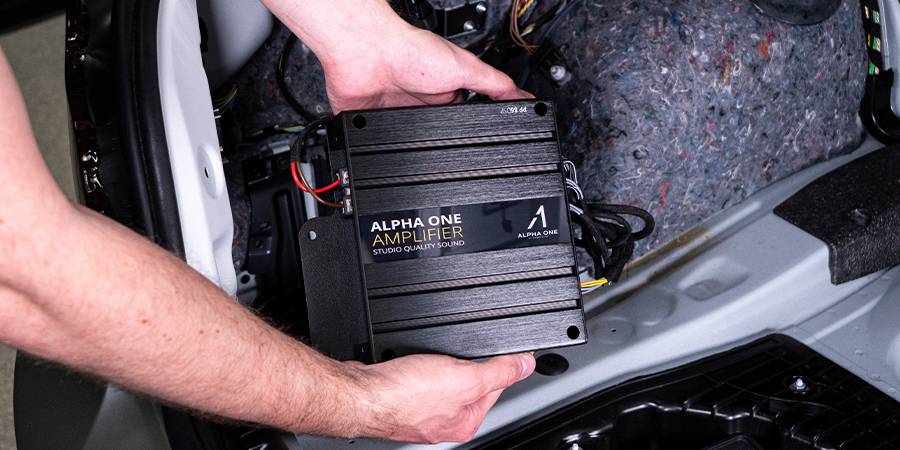 What's more, you can still get the benefit of expert audio engineers, helping you create sounds that rival anything available from the factory. And unlike premium systems like the Bang & Olufsen high-end surround sound system, quality aftermarket systems aren't restricted only to premium models; BimmerTech's Alpha One speakers and BMW amplifier upgrades fit BMWs of all shapes and sizes, new and old.