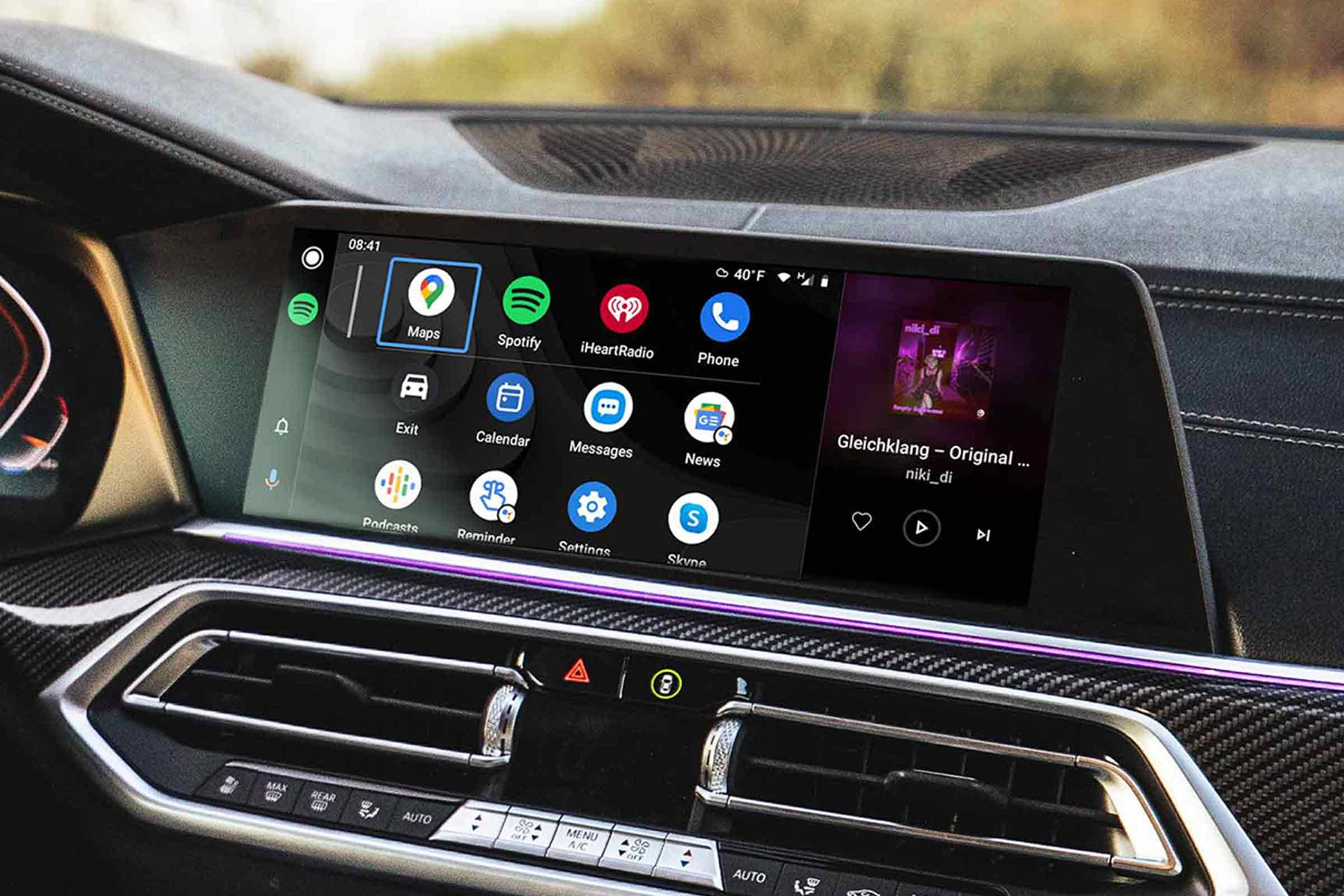 Anybody who has used Android Auto knows what a big difference it can make when out driving. But you've probably also come up against a few things that have you wondering if there are any BMW Android Auto hacks to help you get even more out of the system?

Depending what you're after, you could well be in luck! We'll go over a few tips and tricks, including whether or not you can play video and stream Youtube or Netflix on Android Auto.

If you don't already have Android Auto, read on and we'll show you a few ways to activate it in your vehicle.

What is BMW Android Auto?

First up, let's take a quick look at Android Auto itself.

Available from most auto manufacturers, including BMW, Android Auto is an OEM system that makes it easy to use plenty of popular Android apps through your vehicle's infotainment system.

Whether you want to check Google Maps on the iDrive screen or listen to Spotify through your car audio speakers, Android Auto is the go-to solution.

Since Android 10, Android Auto has been baked into the operating system, so you don't need to do anything extra to get that connection going.

If you've got an older phone still on Android 9, though, you're going to need to download the Android Auto app to your phone first.

The Android Auto app serves a dual purpose. If your vehicle has Android Auto, the app (or built in Android Auto functionality) is going to let you connect the phone to your car's infotainment system. Early in Android Auto's life, when fewer cars came factory-equipped with it, the app was also made to be used right on the phone itself (mounted on the dashboard, for example), but that use has faded away as Android Auto has become more ubiquitous.

How does Android Auto work?

Unlike the native iDrive system, Android Auto requires a connection to an Android phone to operate. That's because all the apps are running from your phone, not from your vehicle's built-in infotainment system.

Depending on your vehicle and Android Auto configuration, that connection can be through a USB cable, or wireless pairing. The native BMW Android Auto system is purely wireless, but some aftermarket BMW Android Auto upgrades — including BimmerTech's Android Auto MMI Prime for BMW — offer both wired and wireless connectivity.

So that's what Android Auto is, but how do you get it doing exactly what you want? Fortunately, there are a few easy BMW Android Auto hacks that let you unlock extra functionality. Let’s see how you can play videos on Android Auto.

The default configuration won't let you play video on Android Auto — for safety reasons, Android Auto is limited to apps that are safe to use while driving. We all get passengers sometimes, though, so being able to play YouTube on Android Auto in your BMW would definitely come in handy.


BMWs with NBTEVO ID5/6 iDrive systems can activate BMW Android screen mirroring in an easy coding session. With it switched on, you'll be able to cast your phone's screen straight onto the iDrive display. 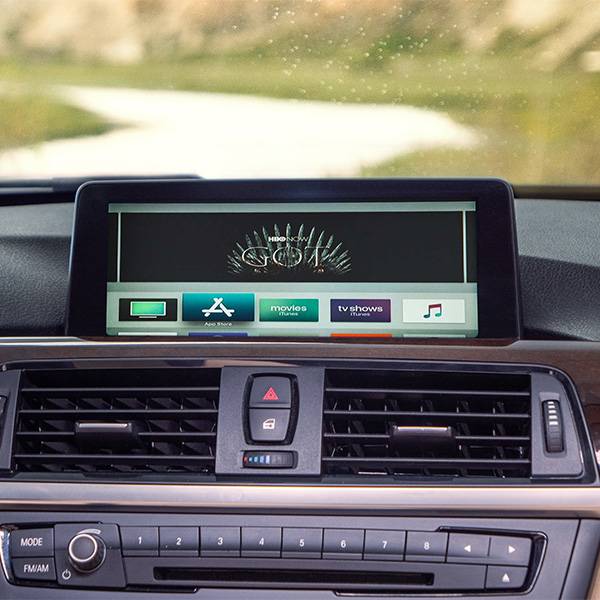 Netflix is a tougher nut to crack, so if you want to play video on Android Auto from your Netflix account… you might not have a great time. Netflix's DRM technology even prevents mirroring Netflix in most cases. Even an Android Auto Netflix hack probably won't help.

So what other options do you have, as an Android Auto video player is out of the question?

I get this might not go down too well in Android circles, but there's one solid option: Apple TV. Build it into your BMW, connect it to your iDrive display, and you're free to enjoy plenty of video content, including Netflix.

BimmerTech's SmartView HD Plus with Apple TV4 for BMW is a complete, ready-to-go kit built around an Apple TV4. It includes all the accompanying hardware required to integrate it with your vehicle, so you can even switch between iDrive and Apple TV using your dashboard controls.

Apple TV lets you use all the popular video apps you use on your home TV, including Netflix, Hulu, Disney+ and more. So whatever your passengers like watching, you'll have something ready for them. 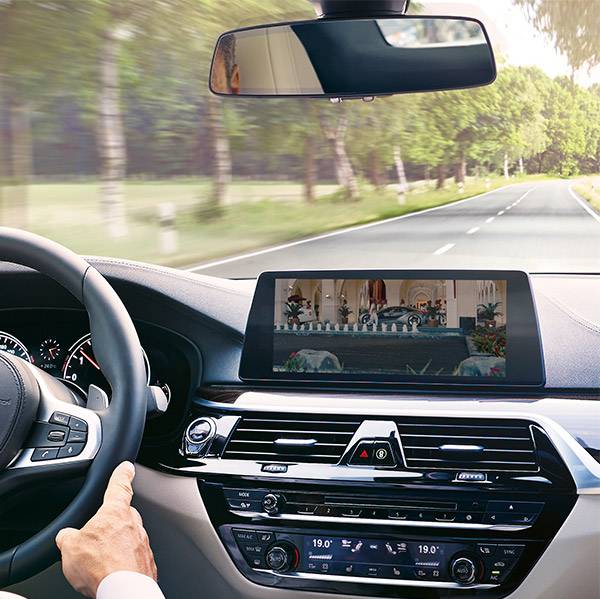 But there's more to life than streaming, you know. What happened to the good old days, when we used to have to keep all our videos and music as files on our computers? Can't you watch videos on Android Auto or iDrive that you've saved beforehand?

Yes and no. Many BMWs do allow playing videos from a connected USB stick, but that pesky safety issue is rearing its ugly head again. BMW blocks video playback when your vehicle is moving, so all those movies you've got downloaded are going to have to wait until you're parked up.

That is unless you've unlocked video in motion for BMW iDrive, which only takes a moment at home. Afterwards, all your iDrive video player options will work not just when your vehicle is stationary, but also when driving.

Even if you stick only to Android Auto, without taking advantage of any of the other multimedia capabilities of your BMW, there's still plenty you can do to improve your experience.

One way to leave your mark on your Android Auto system is by customizing the home screen. That's something you're probably already used to doing on your Android phone, and while Android Auto doesn't offer the same level of customization possibilities, there are still a few ways to switch things up.

Current versions of Android Auto support custom backgrounds, a quick and easy way to customize how your car's system looks.

Just check the Settings app on Android Auto, where you'll be able to select from a range of wallpaper options.

While you're in the Settings app, you'll find a few other ways to configure your system, particularly your notification settings. Because not everybody actually wants to be distracted by incoming messages from their better half when they're trying to enjoy the road ;)

You can either choose not to show message notifications at all, so Android Auto will stays focused on your navigation directions. Or if you want to see messages, but mute the notification sound, you can do that.

On the subject of silencing Android Auto…

Google Assistant is definitely one of the standout features of Android Auto, voice commands making it easy to interact with your vehicle while driving. But you don't have to say anything to leverage the power of Google's virtual assistant.

You can also create shortcuts for other parts of your smart home system, or commands to call particular contacts, or even to run a whole Assistant routine.

One problem with relying on Google Assistant can be making sure it's using the right apps. Ask it to play a song, and it can easily try to play it in an app you don't use, instead of your favorite streaming app. And with so many Android Auto music apps, setting which one you want to use matters.

One of those things is to make sure you're always using the latest Android Auto version. The good news? You don't have to do anything!

As it runs from your phone, you won't have to make any effort to update Android Auto. As your other apps and Android itself updates, you'll see changes creeping into Android Auto, too.

That's one area where Android Auto is head and shoulders above the native iDrive system, which can be much more of a hassle to upgrade to latest features — if it's possible at all.

How to get Android Auto on BMW?

Depending on your iDrive system, yes. Many of the latest BMWs have all the hardware required to run wireless Android Auto, and only need a software activation to start using it.

BimmerTech can activate BMW-original Android Auto in a remote coding session, so you don't even have to leave home to start using your favorite Android apps in your BMW. As we unlock your iDrive's built-in Android functionality, everything is perfectly integrated with the rest of your infotainment system.

But moving back to Android 10 and 9, support can depend on your phone. For Android 10, you'll need a Samsung or Google device, with other brands not supported. With Android 9, only a handful of Samsung Galaxy devices support it.

What's more, your phone needs to support 5Ghz WiFi, but that probably won't be a problem with a modern device.

How to install Android Auto on BMW? 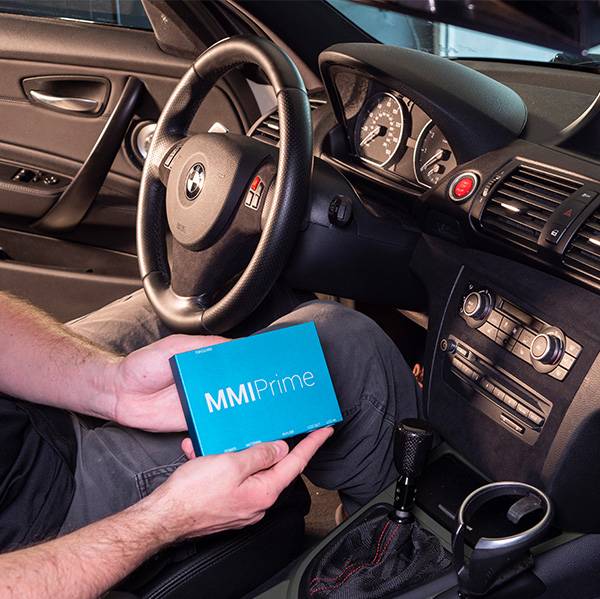 Owners of older vehicles can still take advantage on Android Auto retrofit that rivals the factory integration. It only takes a hardware installation.

BimmerTech's Android Auto MMI Prime retrofit for BMW is a module that is connected to your BMW's iDrive system and factory dashboard display. It offers both Android Auto and BMW Android screen mirroring wrapped up in one package — perfect not only for checking navigation directions, but also making up for the missing Android Auto video players. And if you've got family or friend's with iPhones, it comes with Apple CarPlay support, too.

It also supports both wireless and wired connections, so even old Android devices that don’t support wireless Android Auto will work fine.

Android Auto MMI Prime is available for almost all BMWs from the previous few generations produced after 2008 that don't have native support for Android Auto. So now there's no reason for anybody to miss out on some great BMW Android Auto hacks. 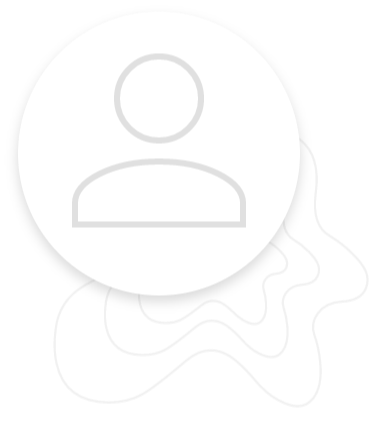 What a fantastic product. Worth every cent. High quality, fast delivery. The installation would have been super easy and worked the first time had I not accidentally skipped 15secs of the instruction video and missed a connection! It was a quick fix and it works like a charm. I’d definitely recommend to buy the toolkit as well, it’s worth it. And watch the video a few times before getting started.