When the BMW i3 burst onto the scene at the end of 2013, it was like something straight out of the future. Combining innovative materials with sci-fi space buggy styling, it was everything the 21st century had been cracked up to be.

With something as forward-thinking as the i3, it shouldn't come as any surprise that a few pieces of the puzzle were lagging behind a bit. Foremost among those: battery technology.

Fortunately, a few clever design tricks from BMW mean that, with the right BMW i3 coding, even early i3s can more than prove their worth in the present day. 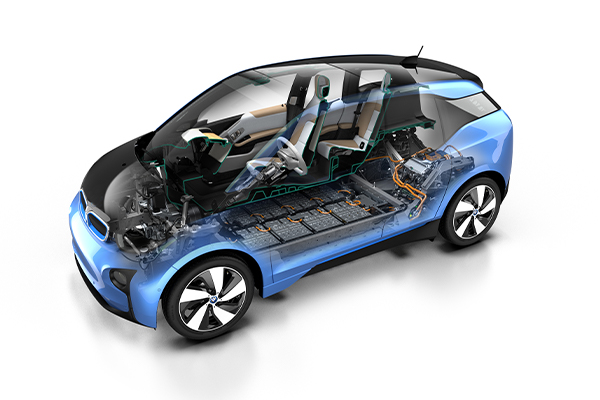 What is the BMW i3 range extender?

As modern electric cars promise hundreds of miles on a single charge, it's easy to forget that the original i3 would give out after only... 81 miles.

Not that the i3 was really doing anything wrong — it just goes to show how far EV batteries and electric drivetrains have come in the last decade. In fact, even the i3 itself has roughly doubled its range, with the current version running for a much more useful 153 miles.

In the first few years of the i3's production run, though, it's clear BMW needed a little something extra to offer to lure would-be buyers away from hybrids. And that something was the BMW i3 REx, or range extender version.

Unlike its all-electric counterpart, the i3 REx came with a supplementary gasoline-powered engine. Though the extra weight brought down the all-electric range compared to its non-REx counterpart, the trade-off was greater (albeit less environmentally friendly) range when running the range extender.

As improved battery density let BMW cram higher capacity batteries into the i3, incrementally increasing its range, the REx version was eventually retired in 2020.

How does the BMW i3 range extender work?

One thing to keep in mind, though, is that the BMW i3 range extender is a low-output, two-cylinder engine — not powerful enough to keep even a compact car like the i3 moving with any sense of urgency. And, in fact, it doesn't; even with the range extender running, all the power to the wheels is still coming through the electric drivetrain.

So what's all that gas-guzzling doing, if it's not turning the wheels?

It might be best to think of the range extender as a little electric generator. With the REx running, charge is pushed into the battery, offsetting the power lost from driving the car. The result is a battery that loses its charge much more slowly, significantly increasing maximum range.

What's more, with gas stations still much more widespread than EV charging points, this fallback option gives you an easy way to top up on the road, when you aren't sure you've got quite enough juice left to get home. 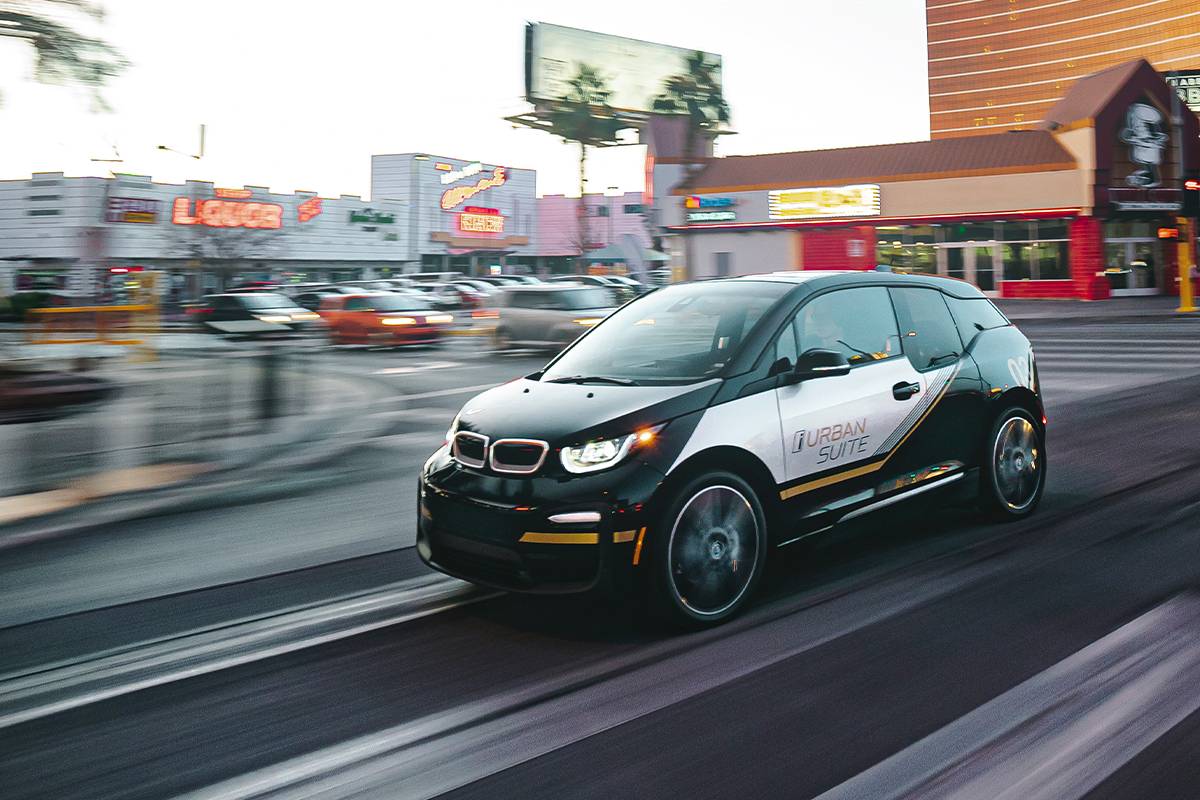 Does the BMW i3 run on gas?

Still, filling up at the pumps isn't guaranteed to get you moving again; the i3 REx will happily run on an empty tank, but not an empty battery.

In low-speed situations, you might not notice much of a difference, though. When the demands on your electric drivetrain are low, the range extender is capable of outputting enough power to hold your battery charge level steady. So even though officially you aren't running on gas, that might feel like a technicality. You've got a combustion engine going, your battery isn't going down... that's running on gas, right?

It's only when you start putting your BMW i3 REx through its paces that you'll notice you're still reliant on the electric motor.

How to turn on the BMW i3 range extender

So if the range extender can help you drive further, why wouldn't you have it running all the time? Apart from the obvious — you bought an electric car, why keep burning gas? ;)

Well, if anybody could stick an electric motor in a gas-powered car and call it an EV — with all the perks that come with that classification — they'd be doing it. But to pass as a genuine series hybrid and meet emissions requirements, there are limitations on what the gas engine can and cannot do.

As it happens, those requirements differ from place to place. To meet US regulations, BMW chose to configure the BMW i3 REx for the American market so that the range extender activates automatically when the battery charge level is already seriously low. That's enough to squeeze an extra 40–80 miles of range out of the car, while still keeping emissions to a minimum.

A lot of US i3 REx owners look at that European configuration with more than a hint of jealousy in their eyes...

So why might that be better? Well, remember two things we've already covered:

Imagine your route home takes in a stint on the highway, and a tough uphill climb. Maybe you know that's going to suck 10% of your battery charge.

In the US, you might find your battery going down to 3% before the range extender kicks in to see you home. But what if on that final stretch, your i3's electric motor needs twice the power the range extender can provide? To put it politely, you're in trouble.

You'll probably use up your 3% battery charge, plus the same amount offset by the range extender. But that only adds up to the equivalent of 6% of battery charge — well short of the 10% you needed. So at some point your i3 will end up trundling along at an uncomfortably leisurely pace to hold on to its final reserves, or worse, stop all together.

Now imagine you could plan ahead, and start holding the battery charge as soon as it falls to 30%. Suddenly, that hill back to town doesn't seem so scary any more ;) 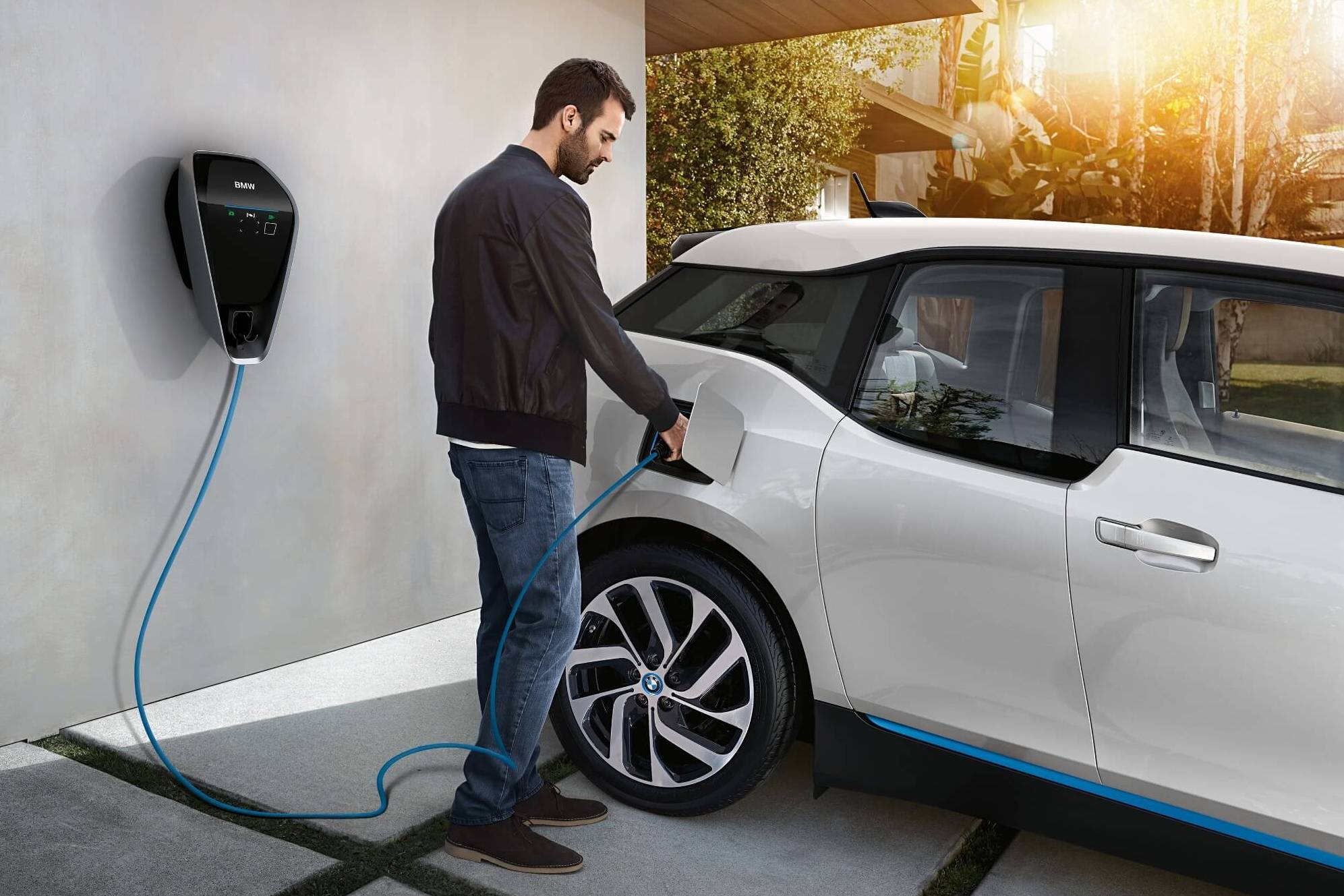 The solution: BMW i3 hacks

As luck would have it, with the right BMW i3 coding, even American i3 REx owners can reconfigure their vehicles to run like the ones across the Atlantic.

Get BMW i3 REx coding for your car

With BimmerTech, it's easy to recode your i3 REx and flexibly activate hold mode before your battery is on its last legs. It doesn't require any BMW i3 software update or dedicated BMW coding software, only a quick and easy remote BMW coding session with a skilled BimmerTech technician.

After activation, just head into your iDrive menu and look for hold mode. Best of all, you can activate and deactivate it any time you want, whenever your battery is below 75% charge.

While we're at it, we can also tackle another pet peeve of US BMW i3 owners — the low-capacity gas tank.

That's another regulations thing; to qualify for EV incentives, BMW electronically limited the maximum BMW i3 gas tank capacity in REx vehicles destined for the US market. That means more regular filling up, and shorter distances between trips to the pumps. So much for a range extender, eh?

Again, your i3's cousin across the pond doesn't have to worry about that, with an extra half gallon or so of space in the tank. In a coding session with BimmerTech, that artificial restriction can be lifted. Who knew half an hour or so and a laptop is all it took to get a BMW i3 gas tank upgrade?

Other BMW i3 coding options

Of course, with a futuristic vehicle like the i3, a skilled technician can unlock a lot more BMW i3 hidden features. So whether you're looking to code new Bluetooth capabilities in your BMW, unlock video in motion for BMW i3 or just update your BMW i3 navigation maps, BimmerTech is your first choice.

To see every way you can have your BMW i3 modified, just enter your VIN on our easy iDrive coding page to see the full BMW i3 options list.