Delivery in 2-7 days: We are shipping as usual, worldwide and for free!
Category: BMW iDrive 7.0 Features

BMW gesture control - the next level of iDrive interaction

Only a few years ago, you might have looked rather suspicious to onlookers randomly twirling your hand inside your BMW. Today, it wouldn’t come as much of a suprise that you’re actually interacting with your iDrive system using your hand gestures... or would it?

If you haven’t heard about BMW’s gesture control feature yet, and you still think BMW drivers are swatting flies away from their iDrive systems, we’re here to tell you all about this innovative feature — how it works, which BMWs have it and how to activate it in your vehicle. 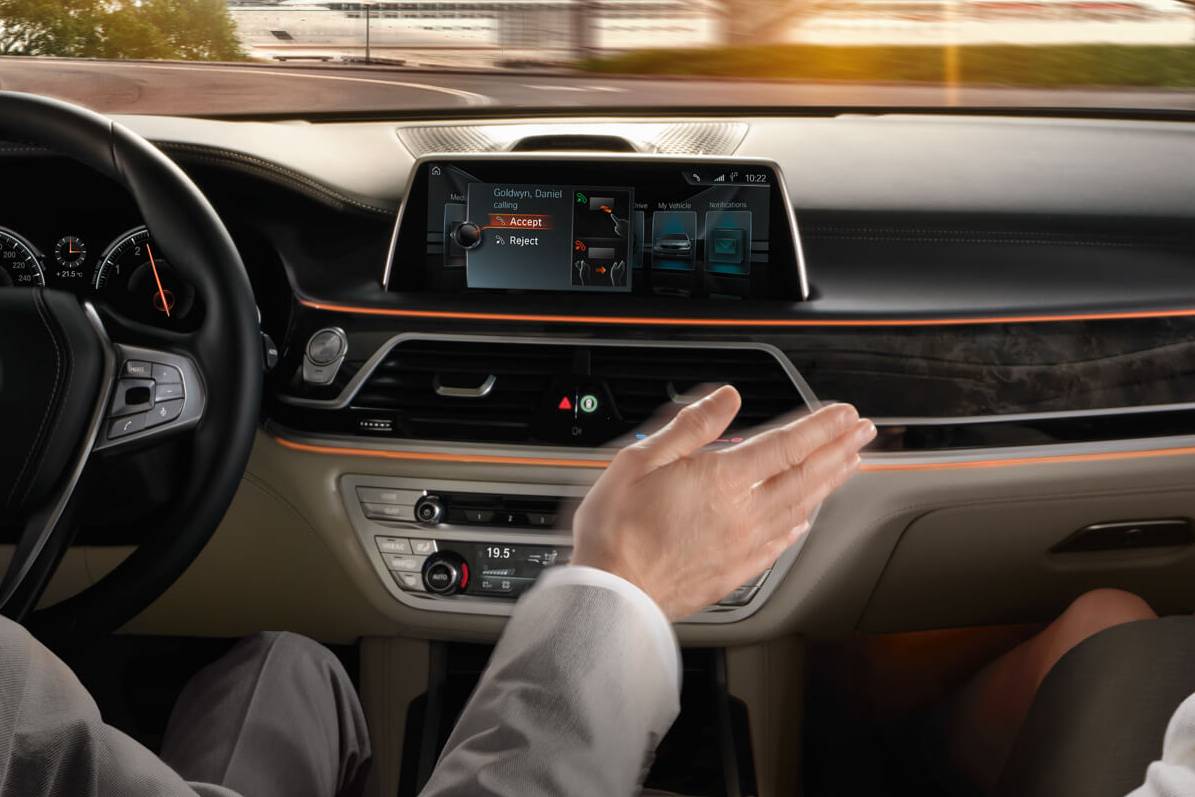 What is BMW gesture control?

BMW gesture control is BMW’s latest feature, that allows drivers to control select iDrive functions with the use of hand gestures captured by a 3D camera. Making simple moves, you can accept or decline a phone call, turn up or down the audio volume, set navigation destinations or change the angle in the 360 degree view of the vehicle. BMW gesture control technology was made with helping drivers to safely interact with the iDrive system while remaining focused behind the wheel in mind. It might come in pretty handy, especially if you’d rather not take your eyes off the road in difficult situations, but still want to be able to answer an important call from your work or spouse ;) 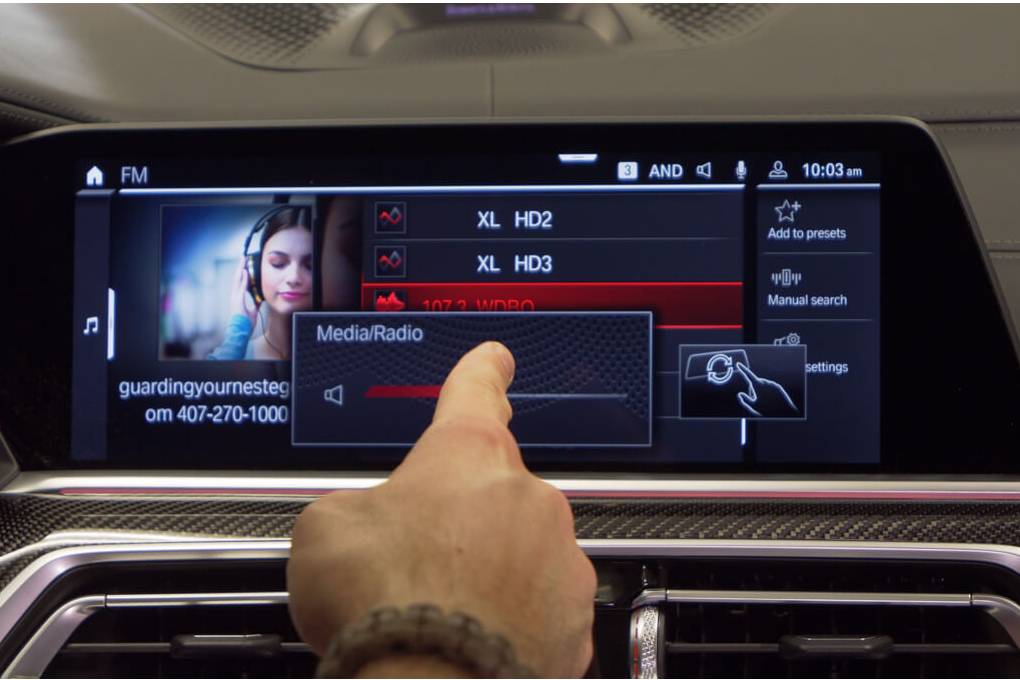 How does BMW gesture control work?

It’s all about the 3D technology. BMW gesture control sensors are located in the roof lining of the car, next to the rear view mirror. They translate a set of predefined hand gestures made in front of the center console, above the gearshift lever. For the system to work properly, the driver should gesticulate close to the screen, as shown in the picture below.

Got a small factory screen? Check what are the iDrive screen upgrade options for your BMW. BMW gesture control — how to use it?

Frankly, everything is pretty straightforward once you master a small set of intuitive gestures. The BMW gesture control list includes:

Need some illustration? Hop over to this video and watch how to perform some of the hand gestures.

If you’re all excited about the possibility of activating a brand new feature in your BMW, you’ll have to keep your enthusiasm in check. Only the latest G-Series BMW models are equipped with the gesture control function, specified as an option to be activated.

The feature premiered in 2015 with the coming of the G11/G12 7 Series BMW, that came with an NBT Evo ID6 iDrive, and nowadays can be found in almost every BMW with Operating System 7.0, which supports the newest MGU head unit.

Want to know what an NBT Evo ID6 and MGU iDrive are? Check out our blog post.

The list of G-Series BMWs with an Operating System 7.0 (MGU iDrive) includes:

Well, not always. Sometimes it may be standard, other times an option to be retrofitted. It all comes down to whether you are equipped with a camera in the roof function center or not. While some G-Series cars already have a sunroof module with a camera (options S6U8A and S6U3A) built in, there can be BMWs that lack it. In this case, you’d have to get a full roof function center hardware retrofit.

What you also want to remember is that BMWs from some countries do not feature the gesture control option at all, so your only way to have it is through retrofit. To check if gesture control is included in your BMW, contact your dealer. 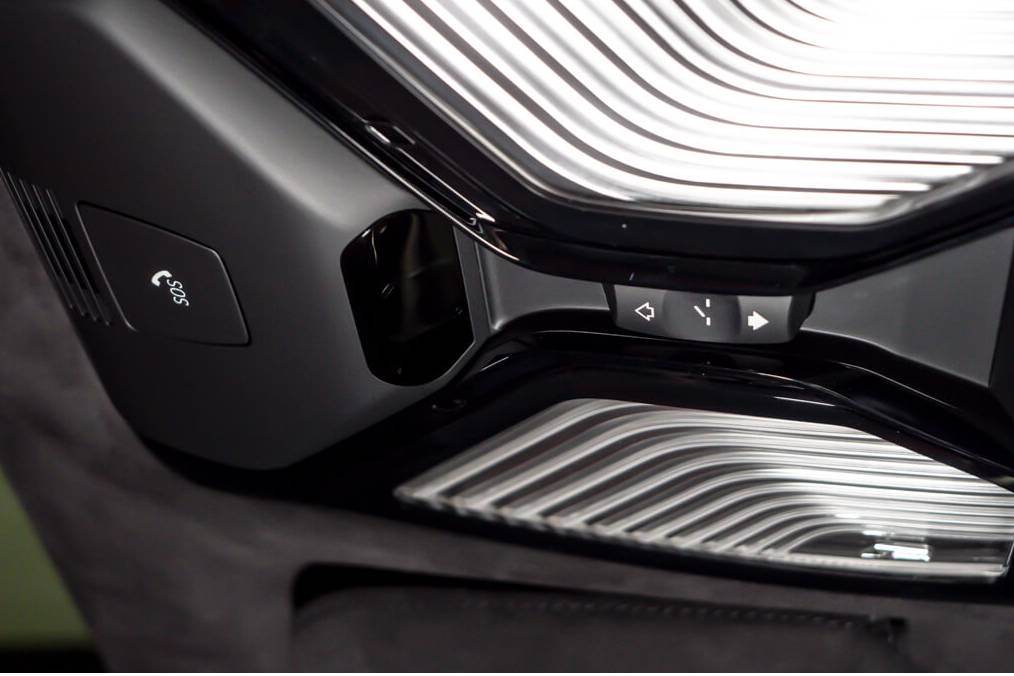 How to retrofit BMW gesture control?

If BMW hand gesture control wasn’t included in your BMW with iDrive 7.0, do not despair. BimmerTech offers a BMW gesture control retrofit for selected cars with Operating System 7.

The installation of the kit is very straight forward. It’s all about replacing your overhead console for a sunroof module with a 3D camera, and adding 2 wires from the overhead console to a module in the passenger footwell area. The procedure takes around 30 min, up to 1 hour and is 100% reversible.

How to activate BMW gesture control?

If you have a camera in the roof function center and the gesture control feature in your iDrive, you can either activate it through BMW Intelligent Personal Assistant, or by going to your iDrive settings. Here’s what you should do when choosing the latter: 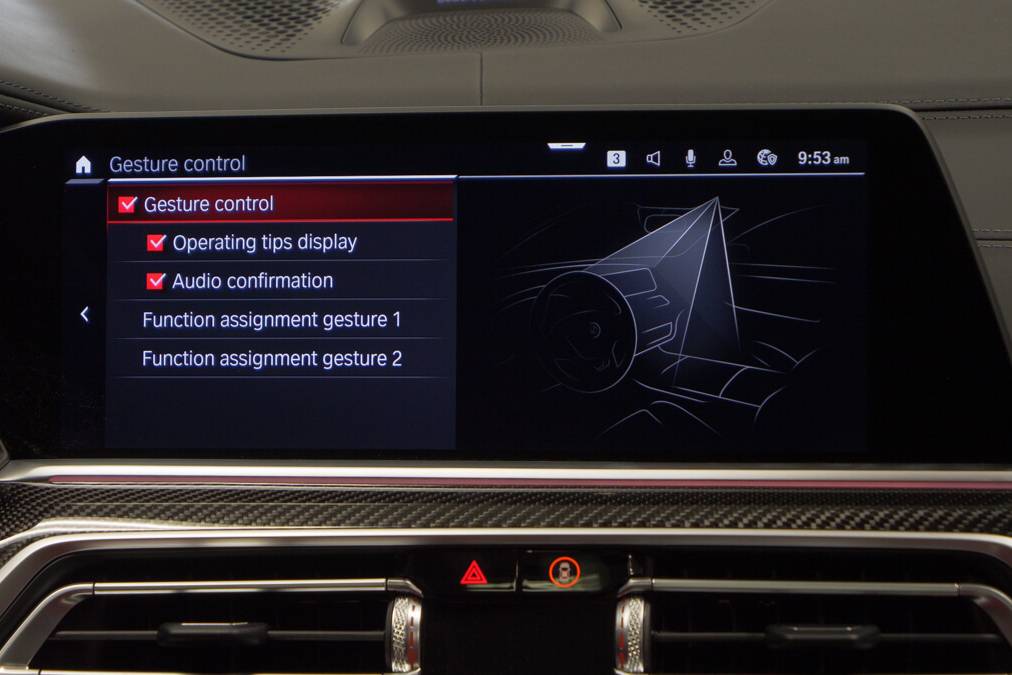 What you can also do in the gesture control settings is check how to properly execute a given gesture — either set the visual guide, which will show you how to perform it, or get an audio confirmation after a correctly made gesture. 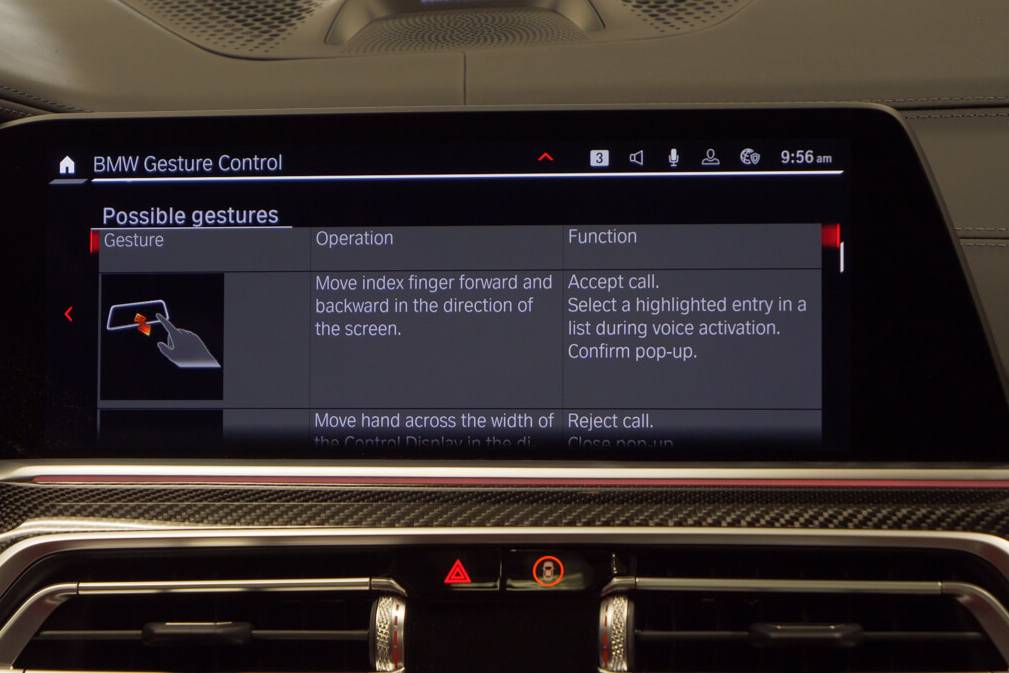 If you feel there’s a lack of gestures controlling useful functions, you can additionally assign two distinctive gestures for two chosen functions of your iDrive.

Want to realize the BMW gesture control potential to the fullest? Go to the interactive digital owner’s handbook stored in your MGU iDrive menu and search for ‘Possible Gestures’ — there you’ll get to go through all available BMW hand gestures, which will help you improve your everyday driving experience.