What Is BMW Android Auto and Why Should You Have It in Your Car?

What Is BMW Android Auto and Why Should You Have It in Your Car?

The 21st century is the safety era in the automotive industry, and most infotainment solutions are made to keep you focused on the road, not on the navigation screen or your phone. Though many car makes tried hard to keep mobile devices away from the cockpit, it soon became clear that demand is only going up, and the manufacturers' native solutions (like the BMW ConnectedDrive app) do not cope with it at all. That’s how Apple CarPlay appeared, and how we got Android Auto. 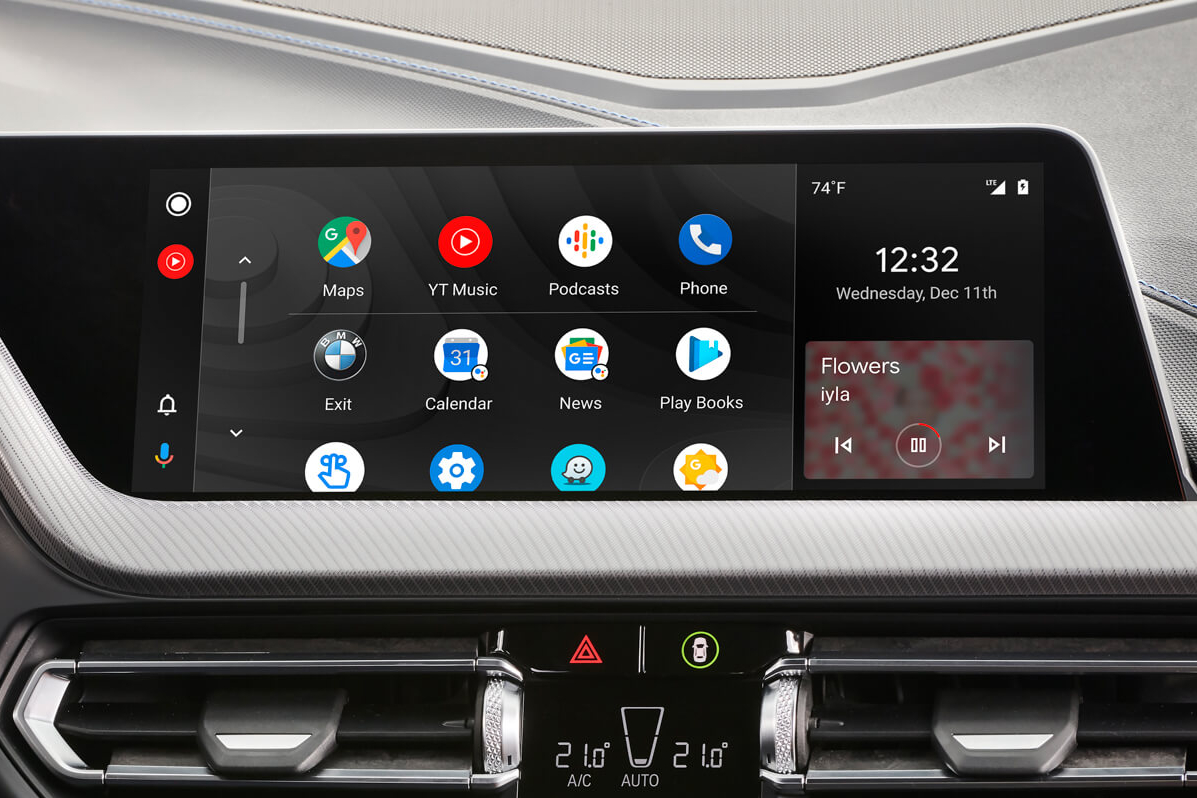 What is Android Auto and how does it work?

Android Auto is software that lets you connect the phone to the vehicle’s infotainment system, and use your favorite apps on the car’s display with the in-built controls. Of course, smartphone functionality is limited to minimize distractions, but the most important features and apps are there to stay:

Cars with Android Auto allow you to connect your phone to the system wirelessly or via USB. After connecting the smartphone, you have access to more than 200 apps that you can operate using a touchscreen, control knob or Google Assistant. Click here for a full list of available apps. 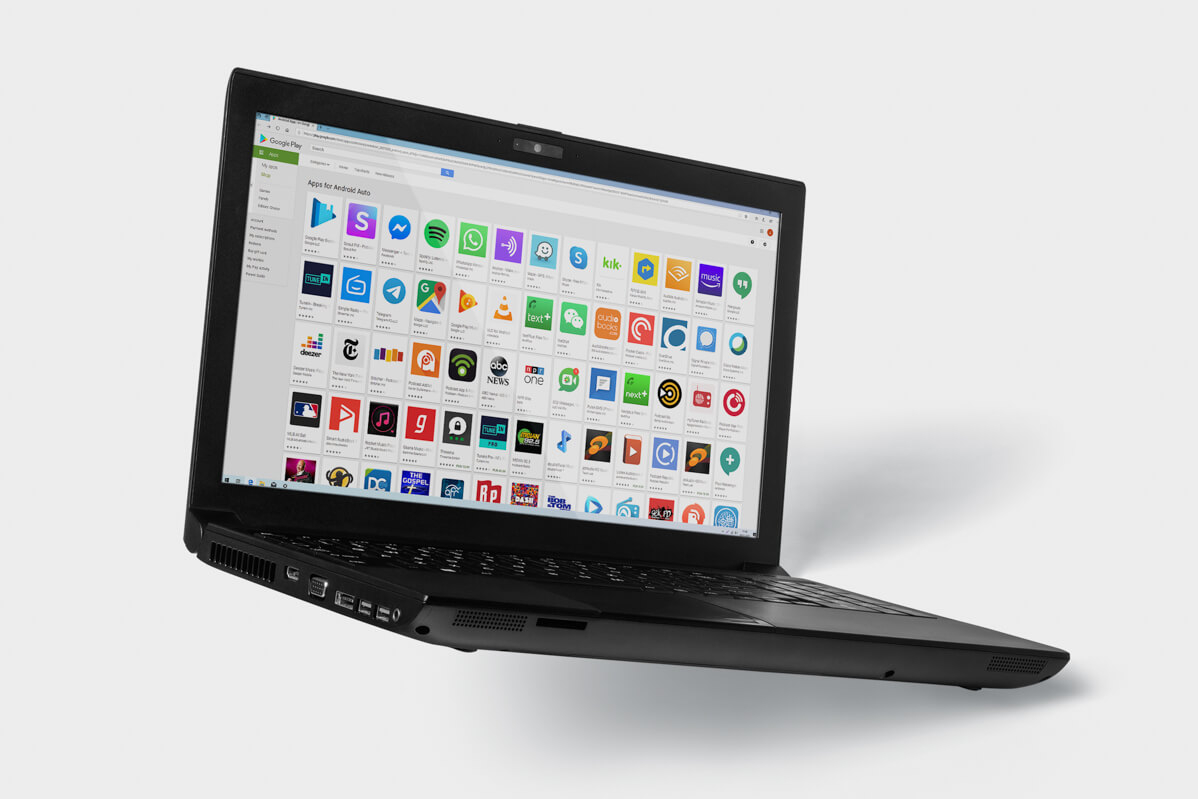 When will BMW have Android Auto?

Until recently, no BMWs were among the Android Auto compatible cars, and the only way to get this software was to go aftermarket. However, in December 2019 the automaker announced that from July 2020, owners of the latest models will be able to use Android Auto in BMW cars. What does it mean?

Only 2019/2020 BMW vehicles with the 7th-generation iDrive system (Live Cockpit Professional) will be equipped with the necessary hardware and software for Android Auto integration. BMW also informed that only wireless connection will be available, making the automaker one of the few car manufacturers offering the plug-free connection, but also limiting the number of smartphones it will be possible to use.

BMW Android Auto will integrate with the vehicle’s digital cockpit, with info display on the digital cluster as well as head-up display.

What phones are Android Auto compatible?

In terms of the wireless connection, the list of officially Android Auto compatible phones is pretty limited:

When it comes to the USB connection, also offered by BimmerTech's retrofit, your smartphone (be it Samsung, Lenovo, LG or any other brand) just has to run Android 5.0 (Lollipop) or higher. Though it is recommended to start from the 6.0 OS version (Marshmallow) and up, for better performance.

NOTE: This is an indicative list of phones that may change depending on your phone’s software version.

How do I connect to Android Auto?

The first step to using all your favorite applications on the iDrive screen is downloading the Android Auto app (if you phone runs Android 10.0, the app is built in). For wireless connection, you can perform the initial set up wirelessly and after doing so, Android Auto will automatically connect your phone to the iDrive system every time you get into the car.

With phones that support only the USB connection, it’s necessary to plug the Android device into a separate USB socket and hold the menu button until the menu pops up.

How to use Android Auto in BMW vehicles?

There are several ways to find your way around Android Auto for BMW :

The application is very intuitive and convenient, so it’s easy to get the knack of it.

Why Android Auto is not available in all countries?

There are tons of stories of people buying a car with Android Auto preinstalled, then finding out that it’s not supported in their country. At present, it’s available in around 36 regions. If you don’t have the application in your Google Play Store, it means your region is not on the list of supported countries.

But you shouldn’t give up - there is an Android Auto hack (even two) that can turn things around. What you can do is:

If your vehicle is not compatible with the original software, it doesn’t mean that your only option is a cumbersome Android Auto head unit swap. BimmerTech offers Android Auto MMI Prime retrofits for most E-series and F-series cars with the following head units: CIC, ENTRY, ENTRYNAV, NBT, NBT EVO ID4 and CHAMP2. The installation process however differs depending on your iDrive system. In NBT-type head units, for example, it’s an easy plug & play that takes 1-2 hours at most. The installation kit includes a detailed manual tailored to your specific BMW model. Additionally, you can always contact tech support with any questions you may have, either about the product or its installation.

This upgrade lets you connect your Android device via USB or wirelessly. But what makes it special is the extra features you can take advantage of. They include:

To learn more about this aftermarket upgrade, read our blog about the BimmerTech Android Auto BMW retrofit or watch our video with Android Auto review on YouTube.

If you’re an Android user and want to install Android Auto on a BMW or plan to buy a vehicle with the original software, make sure it meets all your requirements and have all your questions answered with our short FAQ.

Does Android Auto work over Bluetooth?

No, it doesn’t. However, Android Auto does use Bluetooth for phone calls via Hands Free Protocol.

Does Android Auto have navigation?

Android Auto lets you use Google Maps or Waze on the iDrive screen instead of BMW’s native navigation. Therefore, you have access to route info updates provided by other users, traffic jams, police notifications, lane guidance, etc.

All you need to do is to have Google Maps installed on your smartphone. When you connect to Android Auto, Google Maps will be available among other applications in the app launcher.

Can Android Auto use offline maps?

Yes, it can, provided that you download the offline maps to your smartphone before connecting to Android Auto.

Can Android Auto mirror a screen of my smartphone?

No, it can’t. But there is a way to make it possible with the BimmerTech Android Auto MMI Prime. In addition to AA, CarPlay and the possibility to play films from a USB stick, it also has a mirroring functionality. By selecting Android Autolink in the menu and connecting your smartphone through USB, you will see your smartphone’s screen on the iDrive display. Requires the Autolink app on your smartphone.

You can ask Google Assistant to read your messages to you. Guessing and answering your next “Can Android Auto read WhatsApp messages?” question, it works for SMS as well as other compatible messaging apps, including WhatsApp. It’s not possible to play or record voice messages, though.

Is there Android Auto with a wireless charger?

Android Auto is a software or hardware upgrade that is either activated via coding, or installed behind the face plate, but neither of them provide wireless charging. With BimmerTech's aftermarket hardware retrofit, there is a USB socket that can be used to play videos from a USB stick and at the same time charge the phone. A BMW wireless charger, though, can be purchased for 2016 or newer 3-Series F30 (it works only if your smartphone supports wireless charging).

What changed after the 2019 Android Auto update?

The biggest transformation is the design - Android Auto went for a darker theme that looks more like Apple CarPlay. It also added an app launcher (with all the applications in one place), new apps (Weather, Calendar, Reminders, News) and notification buttons.

If you Google “Android Auto BMW”, you’ll get tons of articles, forum threads and videos with tips & tricks on how to get it to work in your BMW. They might include installing an Android Auto head unit or ways to hack Android Auto, but we don't recommend either of those routes. The best solution would be to go for original software (if your BMW’s compatible with it) or choosing a trustworthy aftermarket retrofit like Android Auto MMI Prime.

In case there is no way to get Android Auto into your BMW, there are other ways to bring more features of the smartphone into your car with the help of BMW ConnectedDrive, Android Autolink, etc. To find out more, read our blog post on integrating an Android device into BMW vehicles.